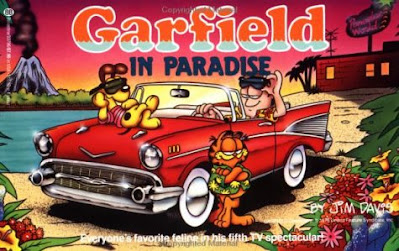 Aloha! Welcome to Summer 2022!
Well, it's summer depending on how you look at it. For a majority of Americans, summer starts with Memorial Day Weekend. For others, it's whenever they finish the school season. Still others wait until the calendar says so, this year stating June 21st. However you declare it, I hope you have a fantastic summer!
For the purposes of this blog, summer starts right now, and we begin with an animated treat: Garfield in Paradise!
First airing on this very day back in 1986, the special stars Garfield, Odie, and Jon Arbuckle booking themselves a Hawaiian vacation, only to find they've been sold a bill of goods. They instead go on their own looking for a Hawaiian adventure, and they find it with a bunch of rock 'n' rolling native habitants, including their leader, voiced by none other than the late great Wolfman Jack!
It's a rockin', rollin', good time with Garfield and friends. Enjoy!
Have a great, safe, wonderful Memorial Day weekend! Remember those who made the ultimate sacrifice to protect our nation!
- May 27, 2022 No comments: 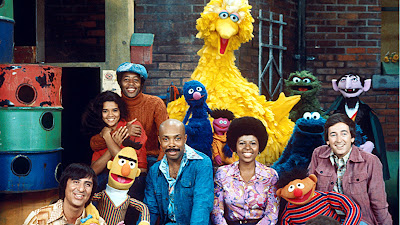 It's both Stevie Wonder's 72nd birthday and Friday the 13th, so this is perfect!
I've posted it before, but it's so awesome it's worth posting again!
Good luck! Have a great weekend!
- May 13, 2022 No comments: 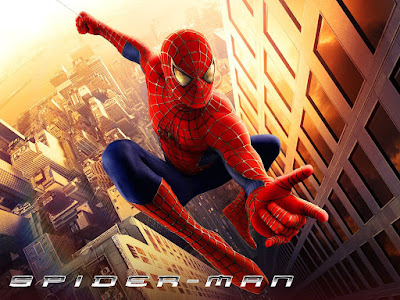 With Spider-Man: No Way Home being an enormous box office success--the first really successful film opening in theaters since the start of the pandemic--and after seeing the film for the first time on DVD the past week, it helped me realized that today, May 3rd 2022, is the 20th anniversary of the release of the first live action Spider-Man movie!

Directed by Sam Raimi and starring Tobey Maguire, Kirsten Dunst, James Franco, and Willem Dafoe, the movie was a long time coming. The rights to a Spider-Man feature were first held by notorious 80s schlock studio Cannon Films, then held by James Cameron for much of the 90s. When Cameron lost the rights, Marvel went to Sony and the rest is history.

Spidey fans had waited what seemed like a lifetime for a big budget film treatment of the superhero icon, and with the success of the Batman films and a slew of other comic-book-based releases throughout the 90s, it's very surprising that it took so long for a big-name superhero like Spider-Man to get the treatment. When the film was finally released, it was a critical and commercial success. As a lifelong Spider-Man fan--he's always been my favorite superhero--I was thrilled when he finally hit the big screen. I remember seeing it in the theater; my wife and I had just learned that she was pregnant with our first child, so she took me to see the movie in celebration. It's weird to think it's been twenty years!

Here is a teaser trailer that was released early in the summer of 2001, a full year before the film's release, with a scene made exclusively for the trailer. It was pulled from circulation later that year for...obvious reasons.

Here is a full trailer released later that was used just a few months before the film's release.
Here is a funny scene in which Peter exhibits his powers for the first time.
Here is a full half hour of behind the scenes footage and featurettes from the film's subsequent home video releases (considering the length of the video, you may want to bookmark this video for viewing later).
Finally, here is the music video for a song from the film's soundtrack. The song is called "Hero," performed by Chad Kroeger of Nickelback (yeah I know) featuring Josey Scott. It's a good song!
As a lover of Spider-Man, this movie, and pop culture anniversaries, I couldn't let this one slip by without acknowledgment. Please let me know your thoughts on the film in the comments; I'd love to hear them.
Thanks! Spider-Friends--go for it! 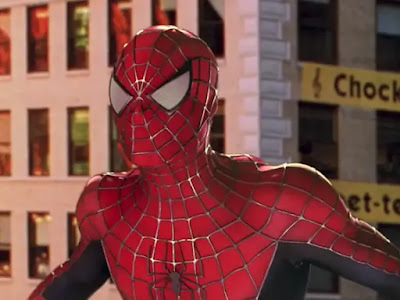 Hello folks! Welcome to Spring, and I hope you have an awesome one, whether indoors or out, depending on your comfort level in the ongoing pandemic.
Today I offer a classic appearance of Steve Martin on The Tonight Show Starring Johnny Carson from 1975. Why, you ask?

A) I love Steve Martin.
B) I especially love early Steve Martin.
C) It came up as a recommended video in my YouTube feed.
D) This blog needs content.
Simple as that. Enjoy!
P.S. Apropo of nothing, Happy Birthday to my son BJ! I love you!
- March 23, 2022 No comments:

Email ThisBlogThis!Share to TwitterShare to FacebookShare to Pinterest
Labels: Beatles 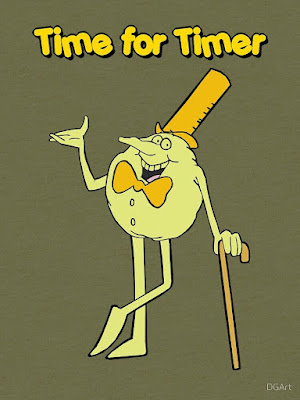 Today I offer the rare special The Incredible, Indelible, Magical, Physical, Mystery Trip. Aired on ABC on February 7, 1973, IMDB explains the special this way:
"Animated special about two youngsters who are miniaturized and travel through their uncle's body to understand more about his health."
It's not as creepy as it sounds.
The real selling point for this special is that it's the first appearance of the character Timer, who appeared in several short interstitial programs during ABC's Saturday morning programs throughout the 70s into the 90s. If you're a member of Generation X, you know and love Timer!
Enjoy!
- January 23, 2022 No comments:

Aloha! Welcome to Summer 2022! Well, it's summer depending on how you look at it. For a majority of Americans, summer starts with Memo...