How I Spent My Pandemic Vacation

Hello everyone! I hope everyone is safe, healthy, and happy out there. The pandemic has affected every person on the planet in different ways, and I hope we can finally put the virus in its place as soon as possible. The time apart from our loved ones and our favorite places will hopefully inspire us to never take them for granted. Once this is over, and it WILL be over eventually, let's all get out there and celebrate our lives and each other!

In the meantime, we're all doing what we can to keep in touch with our family and friends and passing the time in creative ways. Some are learning new skills, some are creating art and writing stories, songs, and poetry, and others are fighting on the front lines against the virus and making sure essential services continue. My hats off to all of you!

What have I been doing during the pandemic?

I certainly haven't been blogging much, as you can see. I work at home during the day, and at night it's time for dinner, some light chores, and TV. Here are some of the things I've been watching.

DCTV on The CW: Several of the shows had been on hiatus for most of March and April, but they've finally come back the last couple of weeks. I enjoy Batwoman, Supergirl, and DC's Legends of Tomorrow (although the silliness of Legends goes too far sometimes). I'm looking forward to the new Stargirl series starting May 19th on the CW, with new episodes debuting one day earlier on the DC Universe streaming service, to which I subscribe. Speaking of which: 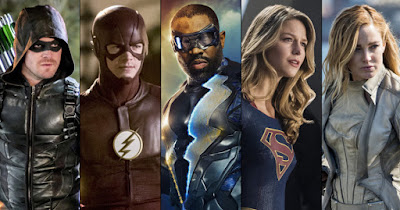 Harley Quinn on DC Universe: This is an original animated series featured exclusively on DC Universe, and it is NOT for kids! This TV-MA rated series is filled with curses, extreme violence, and rude humor. I was a bit put off by the first episode of season 1, but I've been a big fan from the second episode right through the recently started second season. These are different, highly comedic versions of the characters we know and love, but the creators make it work as long as you're open to the outrageousness of it. A new episode debuts every Friday. 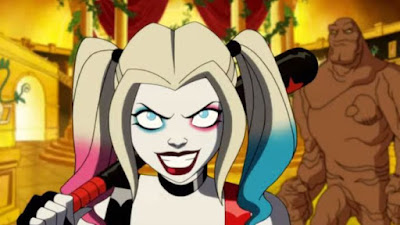 The Midnight Gospel on Netflix: Wow. This is a difficult show to describe, but I'll do my best. This is another TV-MA animated series, but goes in a completely different direction than Harley Quinn. Gospel features a character named Clancy, who uses a computer and "simulator" that carries Clancy's consciousness to parallel universes, which are usually on the brink of destruction, where he meets strange characters that he interviews for his "spacecasts" (podcasts that are broadcast through space). Clancy is voiced by comedian Duncan Trussell, host of the podcast The Duncan Trussell Family Hour, and the interviews Clancy conducts are largely edits from Trussell's real life podcast. Guests from the podcast that appear on Gospel include Dr. Drew Pinsky, Damien Echols, and Trussell's own late mother Deneen Fendig, who passed away in 2013. The discussions are highly philosophical and existential, and the quiet dialogues between Clancy and his guests are contrasted by chaotic events surrounding them, told in wild animation. The series is co-created by Pendleton Ward, creator of Adventure Time. The show isn't for everyone, and even I had to blink my eyes a few times at the images in front of me, but I enjoyed the series. If nothing else, I'm inspired to check out Trussell's podcast. 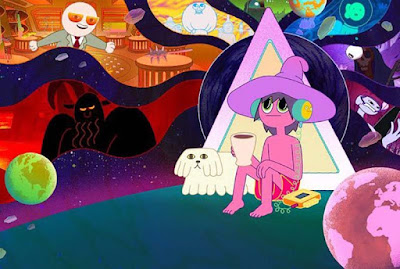 DCI Banks: This is a British series that is available on Amazon Prime. The title refers to the main character, detective Alan Banks, a stern, devoted cop who leads a dedicated team of detectives to solve grisly murders and bring justice for the late victims. The series is well written and acted, and while many may compare it to police procedurals here in the U.S., Banks is much less sensationalistic than most American police series. This is one of the few series my wife and I both enjoy equally. Highly recommended! 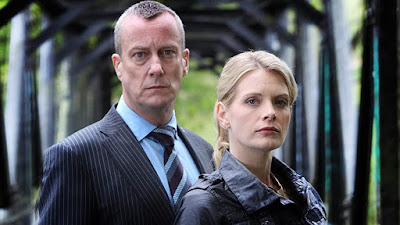 Much to my own surprise, I haven't listened to much music since sheltering at home, which is odd considering it seems like something that would increase under these circumstances. Right before the quarantine I started listening to Love Train: The Sound of Philadelphia, a box set of great 70s soul music released on Philadelphia International Records, home of Harold Melvin and the Bluenotes, The Delfonics, The Three Degrees, and other great R&B acts from the 1970s. Every Philadelphian and/or lover of music should give this a listen!

Just a week or two ago, I became eligible to receive a 90-day free subscription to Amazon Music Unlimited. I began subscribing to a bunch of their playlists, one of which was a collection of '80s New Wave Hits, which I enjoyed a lot. Get out a can of Aqua Net and spray your hair to these great tracks!

There are a couple other things I may mention in a future article, but I don't want this one to get too unwieldy, so I'll save them for another time. I need to change things up and really take advantage of the extra time. If you have any recommendations for movies, TV series, music, books, comics, or hobbies, please let me know in the comments. Or simply let me know how you've spent the time inside. I always love to hear from you!

Be smart, Stay safe. Stay sane. Love one another! 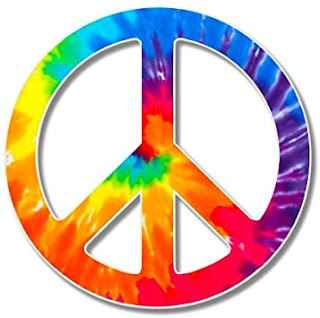