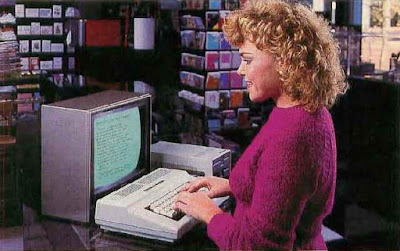 It's an unseasonably warm day in Philadelphia today, and I haven't posted any links in forever. Here are some to entertain and edify you. Yes, have some!

You can now invest in a collection of Credence Clearwater Revival songs in infant lullaby format. I listened to all the songs, and I highly recommend them if you work in an office. Very soothing!

Also in music news, Eddie Vedder has recorded a cover version of the Batman '66 theme song with his 7-year-old daughter Harper. It's very cute (and one to add to my Batman theme song collection)!

Keeping the music theme going, we might, if things go as planned, have an official soundtrack to the 1980s Transformers animated TV series in our future. Nothing like that awesome theme! 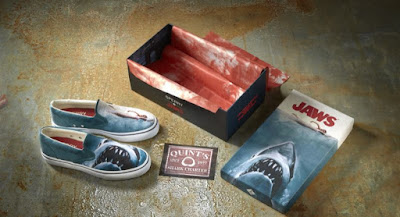 Did you know there is a blog that features photos of current businesses that are housed in what used to be Pizza Hut locations? You do now.

Finally, the pop culture site Nerd Out With Me has graciously provided 51 geeky pics for all of us to enjoy. Fun stuff!

Thanks! Have a great weekend! 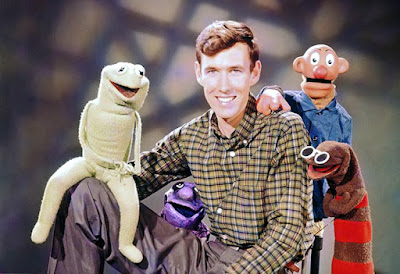 I finished the Jim Henson biography I mentioned in my last post this weekend, and I'm thankful to have picked it up. It's a well-written exploration of Henson's amazing story, and I highly recommend you give it a read.

Aside from the Wilkins coffee adds I showcased previously, Henson's other early claim to fame is the local program Sam and Friends. This was a five-minute program that aired on NBC affiliate WRC-TV in the Washington, DC market and was very popular with children and adults alike. The majority of skits performed involved the many Muppet characters of the program lip synching to novelty or pop records that were favorites of Henson's. The Muppet staff consisted of only two performers: Jim and his future wife Jane. It was on this program that Kermit originated, but he wasn't a frog at the time. Kermit was only an abstract being, as were most of the characters on the show, with the exception of the titular Sam, who was "human."

The show aired from the mid-1950s through early '60s, when the Muppets started to branch out into more commercials and guest appearances on national programs such as The Tonight Show and The Ed Sullivan Show, among others.

Here are several fun clips from Sam and Friends. It gives you a good idea of the humble beginnings from which the Muppets started, but you can already see the magic and whimsy of Henson shine through. Enjoy! 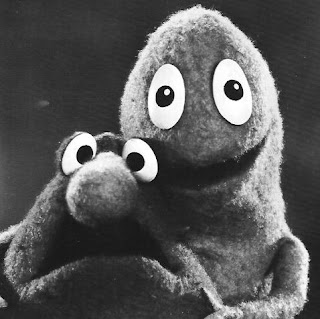 I'm currently reading Jim Henson: The Biography by Brian Jay Jones, and it's a fascinating look at Henson's life and his impact on pop culture as well as his family and coworkers. Henson has always been one of my creative heroes, so I love reading about his creation of the Muppets and other fantastic work before his untimely death in 1990.

One of the areas he worked in that helped him become a creative force in entertainment was the TV commercials he produced, most notably for local Washington DC coffee company Wilkins. In Henson's commercials for the product, he featured two opposite characters: the energetic--and sadistic--Wilkins, advocate for Wilkins coffee, and Wontkins, a stick-in-the-mud grump who refused to try Wilkins. His refusals inspired Wilkins to punish Wontkins for his folly by shooting, exploding, bludgeoning, and otherwise abusing poor Wontkins.

As crazy as they sounded, they were meant in good fun, and the commercials became wildly popular in the DC area, so much so that advertisers in other parts of the country recruited the characters to shill their products as well. Henson, with the partnership of his wife Jane, became a force to be reckoned with in advertising, assuming enough capital to finance his other projects and eventually create the dream factory that was Henson Associates.

Here are over 15 minutes of Wilkins and Wontkins commercials so you can witness early Jim Henson in action. Enjoy!