For everyone thinking "the holidays are here early; Thanksgiving has already passed and it's still November," remember--tomorrow is December 1st and the first official week of the holidays is over already. It's later than you think!

For the first post-Thanksgiving weekend of the holidays, I offer an episode of the original black-and-white run of the legendary TV series Dragnet--an unusual series to have a Christmas episode, but this is a fine example of one. Detectives Joe Friday and Frank Smith investigate the disappearance of a baby Jesus statute from a Catholic church's Nativity display. The work of a heartless thief, a vandal--or someone else?

For anyone familiar with Stan Freberg's Dragnet parody "Christmas Dragnet," it's amusing to hear how closely Freberg imitated the show's characters right down to their speech patterns. Freberg was spot on!

This episode was recreated almost word for word for the series' color revival in the late 60s and can be seen on Hulu (which I just subscribed to this week for the first time--thank you Cyber Monday deal!). 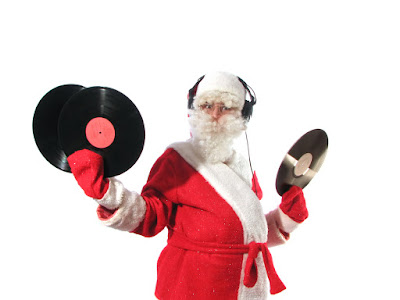 If the Andy Williams Christmas Show I posted this Monday is a little too white-bread for your taste, you may enjoy this month's Underappreciated Music. This is a monthly, multi-blog feature curated by my friend and fellow blogger Todd Mason at his site Sweet Freedom. Check it out for more great underappreciated tunes!

My offerings for November are two retro-styled soul numbers by a group that calls themselves The Jive Turkeys, out of Cincinnati, Ohio. Here are two Christmas-themed soul instrumentals from the band, "Get Down Santa" and "Funky Jesus." When I first heard these tunes a couple of years ago, I thought for sure these were recorded in the late 60s. Imagine my surprise when I learned these were 21st century creations!

You can find more retro soul from the Jive Turkeys and other artists at record label Colemine Records. 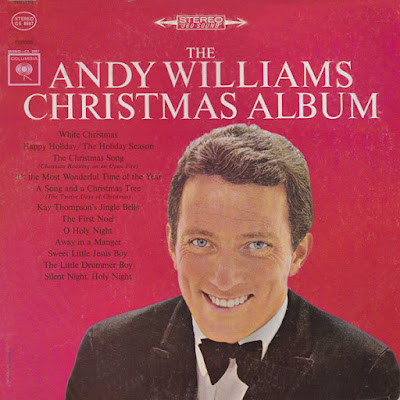 Ho Ho Ho! Welcome to the holiday season at Me and You and a Blog Named Boo! This is my absolute favorite time of year, and the blog shows it. From now until New Year's Day, the blog will be covered in mistletoe, holly berry, and garish holiday lights. Whatever your holiday of choice, please have a safe and joyous holiday season.

Now on to the show!

Specifically, The Andy Williams Christmas Show from 1966. Andy Williams has been a key part of the Christmas season for decades thanks to his wonderful Christmas records as well as his annual Christmas variety shows that appeared on TV for many years. TV variety shows have a creatively questionable reputation, and often for good reason, but this is an enjoyable, if old fashioned, holiday treat.

Enjoy, and once again, Happy Holidays! 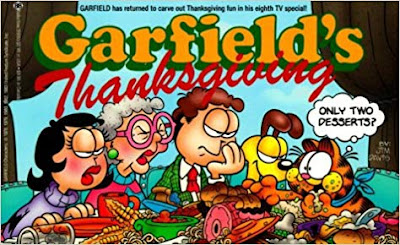 Well, here we are, mere hours away from the 2018 Holiday Season. Loosen those belts and get ready to feast, feast, feast, feast for the next several days, as Thanksgiving is almost here. And what better creature to spend it with than America's favorite fat cat, Garfield!

In Garfield's Thanksgiving, Jon invites Garfield's vet to Thanksgiving dinner in an attempt to woo her, but Jon being Jon, has a challenging time of it. Leave it to beloved Grandma Arbuckle to save the day!

This special is a lot of fun, and a fine way to get into the Thanksgiving spirit. Just as fine wine is paired with food, I recommend pairing this with tonight's broadcast of A Charlie Brown Thanksgiving on ABC. Then again, everything goes great with Peanuts.

Christmas time is here, happiness and cheer. And I say God bless it! Stay tuned, for when I return, it's officially Christmas here at Me and You! See you then!
at November 21, 2018 3 comments: 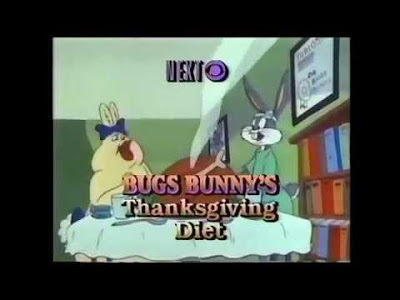 Guys--we're just three days away from the 2018 holiday season. Threeeeee daaaaaays. It's early, but so what? Let's get into it!

Our entrance into the holiday season as always is Thanksgiving. Although the past decade or so it's been treated as "Christmas Lite," for me it's best to celebrate it, at least for that one day, as a day unto itself. A day to spend in the company of loved ones, good cheer--and great food. However, even on Thanksgiving it's best not to go overboard, and there is an expert to help us with that--Bugs Bunny!

In Bugs Bunny's Thanksgiving Diet, Bugs shows us how to pace ourselves on Turkey Day, with the help of his Looney Tunes friends in classic, if edited, vignettes of the past, interspersed among new animation. I've noted in the past that the Looney Tunes prime time specials aren't quite the classics that Rankin/Bass and Peanuts specials are, but in the days before Nickelodeon and Cartoon Network, Gen X kids took their cartoons where they could get them.
at November 19, 2018 2 comments: 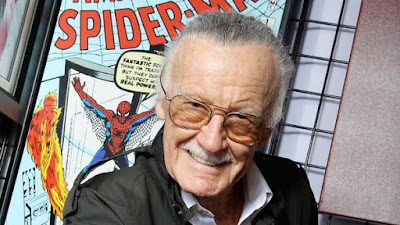 I suspected for a while this was coming, but that doesn't mean it doesn't hurt when it happens.

I loved Stan Lee. Loved the man. I loved his bravado, his charisma, his corny sense of humor--his corny sense of everything--and most of all, I loved his co-creations. He will remain in my heart forever just for co-creating Spider-Man alone. Throw in the Hulk, Thor, X-Men, Black Panther, Daredevil, Doctor Strange, the Fantastic Four, Iron Man--it's ridiculous the amount of story that came from his pen.

He most certainly didn't do all this alone, as Stan naysayers will be quick to admit. The artists wrote the stories as much as Stan did, but that in no way belittles Stan's creativity and accomplishments. Stan's personality is all over those characters, and that should never be forgotten. And no one--no one--was a bigger cheerleader for the comic book industry than Stan "The Man." No one comes close. He made you feel welcome to this wacky, wonderful world of comics--everyone was invited. Even people who never held a comic knew exactly who Stan Lee was; Stan made sure of that.

On my Mount Rushmore of creative people who have affected my life so strongly, there are Walt Disney, Jim Henson, Charles Schulz--and Stan Lee.

The world is better for his being in it. 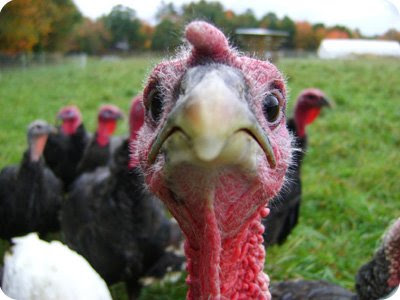 Thanksgiving is less than two weeks away, so it's not inappropriate for me to present this cartoon. "The Voice of the Turkey," produced by defunct cartoon studio Harvey Films in 1950, features a game of cat and mouse between human and turkey on Thanskgiving. There is running, there is ax grinding, there is cartoon slapstick. Plus, it stars Arnold Stang as voice of the turkey, so you can't go wrong.

I have a surprising wealth of Thanksgiving material at the blog; simply search the term "Thanksgiving" in the search bar at the top of the page or click the tag in the "May I Help You Find Something" section to the right. Some video links are broken, but if you leave a comment requesting me to repost it, I'll be happy to do so. 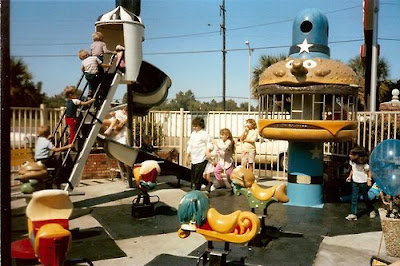 Ah, the McDonaldland playground. Many a child of the 70s and early 80s has fond memories of playing in this burger-inspired wonderland. Or perhaps they scraped their knee or broke a bone there. Nevertheless, playing in the McDonaldland playground was a required Generation X childhood activity. Although many locations still have some sort of play area for kids, they're not nearly as elaborate and ornate as the playgrounds of yore.

The following is a promotional film made by a company called SetMakers, the original manufacturer of the playground equipment. This film was sent to McDonald's franchisees to entice them to improve their restaurants' sales via the McDonaldland playground attraction. This was made in 1972, and I have to say, the playground depicted in the film is the most elaborate I've ever seen!

Of course, SetMakers put their best foot forward in trying to sell as much of their equipment as possible, but franchisees were allowed to order as many or as few of the attractions as they wanted, so if you were of age to experience a McDonaldland playground, your experience may not have been as grand as the one demonstrated in this film.

I visit McDonald's all the time, but I really wish they still had these playgrounds. I'd squeeze my old butt on them today! 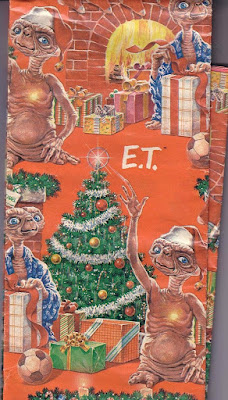 Even though we haven't completed our first full week of November yet, many eyes and ears are already focused on the holiday season. From Christmas TV commercials already airing to new holiday music hitting stores and streaming services, the holly and the ivy are already hanging everywhere. The local movie multiplex is no exception. Here are some new holiday movies coming to a theater near you!

Opening this Friday November 9th, a new animated version of The Grinch debuts. This long-awaited version stars Benedict Cumberbatch as the titular Mean One.


On Friday November 16th, Harry Potter fans will enjoy the latest installment in the prequel series, Fantastic Beasts: The Crimes of Grindelwald. Eddie Redmayne returns to the series and is joined by Jude Law and Johnny Depp.

Another sequel hotly anticipated is Ralph Breaks the Internet, with John C. Reilly and Sarah Silverman. Ralph returns to wreck it on Wednesday, November 21st.

Marvel fans awaiting the return of Spider-Man from the grave, or wherever he went to at the end of a certain flick, can take some comfort from the new animated film Spider-Man: Into the Spider-Verse, featuring Peter Parker, Miles Morales, Gwen Stacy, and a host of other Spider characters. Spider-Verse swings into theaters Friday, December 14th.

Not to be outdone, Netflix has a few holiday films in its queue. One such example is The Holiday Calendar, in which a young woman inherits an Advent calendar from her grandmother, which seems to hold magical power. The Holiday Calendar is now streaming.

On Thanksgiving Day, November 22, Santa comes early in the form of Kurt Russell in The Christmas Chronicles.

Finally, on Friday, November 30th, Netflix debuts a sequel to their surprisingly successful holiday film of last yea,r A Christmas Prince, with A Christmas Prince: The Royal Wedding. Rose McIver and Ben Lamb return to their previous roles in this Christmas charmer.

Clearly we have a lot of viewing to do this holiday season. Enjoy, and thanks!
at November 04, 2018 4 comments: