My Apology for My Lack of Blogging

I can't believe I've been so lax in blogging this month.  I truly apologize to everyone.  Several factors have caused this, including being very busy at work, excursions out of the office, and major computer problems with my desktop PC at home (which may be a blog post in itself).

This is an odd time for me to blog right now, as it's late on a Saturday night of a long holiday weekend, but I wanted to get this out now while I had the time.  I plan on kicking things back into gear going forward.  Some topics I have on hand include a book review or two, a movie review, another installment of Saturday Morning Recreated, plus more.

Finally, My Thoughts On The Lost Series Finale 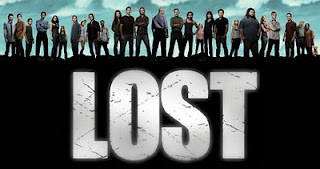 I hope that Lost fans who read this blog will still be interested in reading my thoughts on the finale five days after it aired.  I'll get right to it!

The best part of the finale was the resolution of all the main characters' emotions and motivations on the Island.  These characters were tortured souls from the very first episode, so to see them finally at peace was touching.  Despite many complaints from other fans, I loved that the alternate reality of the last season turned out to be a way station to "heaven," created by the characters themselves.  I never once saw that coming, but once it was revealed, I was totally on board and happy to see everyone ready to "let go, and move on." 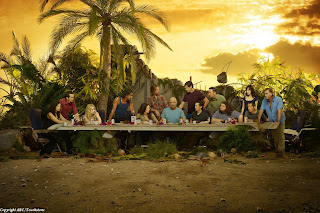 Of course, like many others, I would have loved to have received more answers to the Island's many mysteries.  Why did pregnant women die on the Island?  What exactly was the "Hurley bird?"  Was the craziness that took over Rousseau, Sayid, and Claire the sickness mentioned in earlier seasons, and if so, what was the antidote we saw?  Did Jacob force the characters to cross paths before the plane crash?  What's the story behind the music group Geranimo Jackson?  Did Libby remember Hurley from the mental institution? 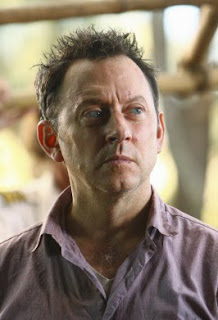 I can't fault finale detractors too much for being upset about the lack of answers, and I believe the case can be made that these and other questions should have been addressed at some point.  But I disagree when they say that the show was more about these mysteries than the characters.  The show was about both equally.

Still, what they did with the characters was so beautiful, I'm not that upset about the unresolved mysteries.  I suppose the creators believe it's good to leave some mysteries unresolved, and perhaps time will reveal that they are right.  I've had a great time following this show for the last six years and I thank everyone involved for a fantastic show.  Rest in peace, Lost!
at May 28, 2010 6 comments:

Holy crap, I had no idea until a half hour ago! But thanks to Google, now I know (and knowing is half the battle). If you're a longtime reader of this blog, you know there's no way I can let this occasion go unrecognized.

Here is a great article from CNET honoring and summarizing the game's history and popularity.

Here is yet another live action fan recreation of the game, this time in its Ms. Pac-Man incarnation.

Here is Pac-Man immortalized in song (you know what it is).

Oh my God, you guys!  An episode of 80s cult series Square Pegs all about Pac-Man!  You can't get more 80s than that!

Finally, here are my previous Pac-Man posts (unfortunately, many of the videos are no longer available).

Lost cocreator and executive producer Damon Lindelof sent via Twitter a really cool trailer for the upcoming series finale airing May 23rd.  The trailer is completely fan-made rather than professional, but it is amazingly well done.  Take a look!

What the hell am I doing blogging at 11:30 on a Saturday night? 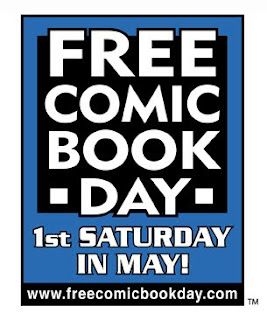 As I made such a big deal of Free Comic Book Day on here, Facebook, and Twitter, it seems appropriate that I briefly share my experience this weekend.

My wife (God love her) took me and the kids to the Voorhees, NJ public library, which had a FCBD event sponsored by All Things Fun! in West Berlin, NJ. We picked up Iron Man/Thor (the only book I've read so far--meh), Archie, Mouse Guard/Fraggle Rock, Toy Story, DC Kids Mega Sampler, Bongo Comics Free For All, and Sonic the Hedgehog. The library had Star Wars characters Dath Vader, a stormtrooper and a Tuskan raider, all three of whom scared the wits out of my four-year-old boy. Still, the kids were happy to get their free comics, DC hero buttons and tattoos (the tattoos are still on after three days), and War Machine Heroclix. A great time was had by all!