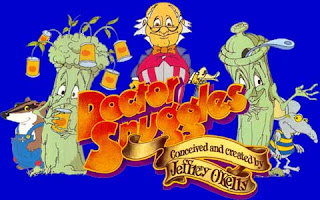 My, it's been a few weeks since I contributed to Tuesday's Forgotten/Overlooked, but I'm happy to be back, this time with a TV series for children that was an international production.

Doctor Snuggles was a 13-episode animated children's series that was co-produced in the US, UK, Germany, and the Netherlands, and featured an elderly inventor who created imaginative contraptions that got him and his forest friends (mostly animals and even plant life) into wild adventures.  Peter Ustinov provded the voice for the doctor in the English language version.  I saw it in the early 80s in syndication, but it aired later in the decade on Nickelodeon's Nick Jr. block of programming.

Here is the good dcotor appearing in "The Remarkable Fidgety River."  Enjoy!

The Origin of Captain America 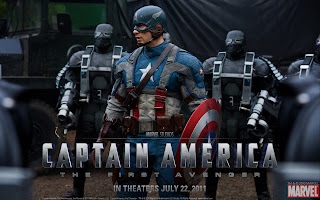 As anyone who is even slightly paying attention knows, the new Captain America movie is being released in theaters today.  As a warm-up to the new film, here is Cap's origin story as told in the Marvel comics 60s TV cartoon series.  Enjoy!

Hey there!  Sorry for the extreme lack of regular blogging, but I'm afraid the blog tends to be a casualty of the summer season every year.  This, however, is well worth blogging about, at least for my fellow Philly residents.

WPHL-TV Channel 17 will be showing a brand new retrospective on the 80s local dance show Dancin' On Air this Saturday, July 23rd in two parts, from 8 to 10pm and 11pm to 1am later that night.  I've discussed Dancin' On Air before in what became one of my most popular posts ever, so if you haven't heard of the series before, please check that article out.  Get out your hair mousse and get ready to dance, my Philly peeps! 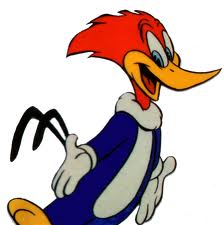 I've posted Disney cartoons and Warner Brothers cartoons in the past, but I've never showcased a Woody Woodpecker cartoon before.  There's a first time for everything--here's Woody freeloading on a baseball game in "The Screwball."  Enjoy!

Email ThisBlogThis!Share to TwitterShare to FacebookShare to Pinterest
Labels: cartoons 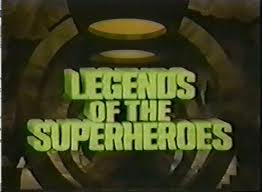 Happy Independence Day!  I hope everyone's having a great holiday weekend.  I know I'm a day early, but since I'm home and have the time, I thought I'd post this week's Forgotten TV.  It's something I just picked up at the Philadelphia Comic Con and remember seeing when it first aired back in 1978--Legends of the Superheroes!

This was a 2-part special that aired on NBC, produced by Hanna-Barbera, that featured a version of the Superfriends (minus Superman, Wonder Woman, and Aquaman) pitted against a version of the Legion of Doom (minus several villians) in comedic, almost vaudevillian, fashion.  It was a bizarre special, but enjoyably so.  The first night featured the heroes trying to stop the villians plot to destroy the world, and the next night featured a Friars Club-style roast of the heroes by those same villians.  The cast included Adam West, Burt Ward, and Frank Gorshin reprising their roles from the Batman TV show, Charlie Kallas as Sinestro, Jeff Altman as the Weather Wizard, and Ed McMahon as the MC of the roast.  God bless the 70s!

Here are some clips from the specials.  Thanks!