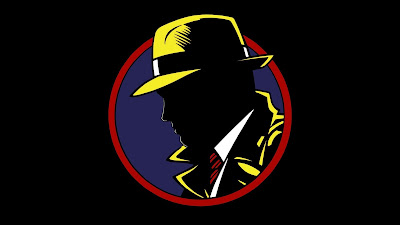 Our fifth and final day of Dick Tracy Week brings us an item that is actually related to the 1990 Dick Tracy movie that inspired this week!
This is a half-hour special that aired in 2010 for the 20th anniversary of the movie's release, in which Warren Beatty, in character as Dick Tracy, is interviewed by movie critic Leonard Maltin. The only reason for this special's existence is for Beatty to retain the rights to the character, which is odd considering that Beatty seemingly hasn't attempted to make additional Tracy movies that I know of. But hey, as a fan of the movie, I'll take any Tracy material I can get.
I learned of this special's existence via the pop culture blog The Retroist. Check out their article on this special here.
That's it! If you enjoyed Dick Tracy Week, please let me know in the comments.
Have a great weekend!
at June 12, 2020 2 comments: 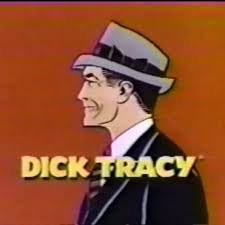 Today we revisit TV once again for Dick Tracy Week, this time showcasing an unsold pilot for a new, color TV series created in the late 60s by William Dozier, developer of my beloved Batman 1966 series. After Batman's run, Dozier tried to strike gold again with other comic properties. In addition to his unsold Wonder Woman pilot, Dozier missed out with the networks on this Dick Tracy pilot, starring Ray MacDonnell as Tracy and Victor Buono, Batman's King Tut, as the villain.
In the late 60s, taste in entertainment was changing from the high concept programs of the decade and toward more realistic fare that would succeed in the 70s, so it's no surprise the networks passed on this pilot. It's still an interesting TV and comic property artifact.
Enjoy!
at June 11, 2020 No comments: 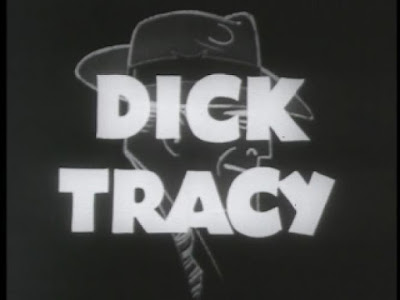 Our third installment of Dick Tracy Week is an episode of the 1950 Dick Tracy TV series, "Shaky's Secret Treasure."
The series starred Ralph Byrd as Tracy, and was considered the definitive Tracy at the time. Byrd had starred in the role in two previous movie serials and two of the four feature-length films of the 40s. When Byrd died unexpectedly during this series' run, the producers decided to cancel the series rather than recast the role because they didn't believe the public would accept anyone else but Byrd in the role.
Enjoy!
at June 10, 2020 No comments: 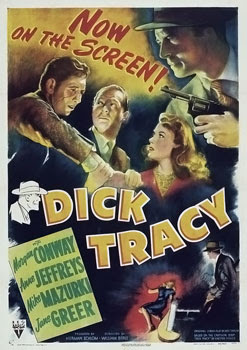 Hello again. Day 2 of Dick Tracy Week brings you the first of four feature-length Dick Tracy films of the 1940s, Dick Tracy, Detective.
Dick Tracy, Detective features actor Morgan Conway as Tracy, looking for a hardened murderer named Splitface. Although not from the comic strip, Splitface is very much a typical Tracy villain with an unusual physical feature and bloodthirsty intentions. Like the cartoon series I discussed in my previous article, these films were syndicated to television upon the release of the Warren Beatty film in 1990. I watched every one of these when I was 15 and enjoyed each of them.
Enjoy!
at June 09, 2020 No comments: 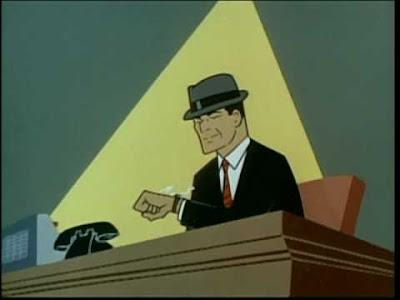 Hello everyone! I hope you are all doing as well as you can under these extremely brutal circumstances. Please know that I care about all of you and wish you peace, healing, and love during these times.

Monday, June 15th is the 30th anniversary of the release of one of my favorite movies, Dick Tracy, starring Warren Beatty, Madonna, and a list of celebrities. I worked at a movie theater when Dick Tracy was released, which allowed me easy access to it. Being high on the Batman movie the year before, I was looking to put the same amount of energy and enthusiasm into enjoying Tracy, and I wasn't disappointed in the least. In fact, I'd say it's superior to Batman.

In celebration of the film, I'm declaring this week "Dick Tracy Week," showcasing a different aspect of the character's life in media Monday through Friday. Today I bring you a couple of features from The Dick Tracy Show, an animated series from the 1960s.

This series featured Tracy not apprehending criminals himself, but delegating the task to various comical underlings. Each detective would seek to arrest a pair of classic Tracy villains. Unfortunately, a couple of these detectives were racist caricatures, such as the character Joe Jitsu in the example below. Still, these cartoons are an undeniable part of Dick Tracy's history and shouldn't be overlooked.

These cartoons were re-syndicated when the movie was released. Take a look! Stay tuned all week for more Dick Tracy material!