Brian's Musical Advent Calendar: Wizzard, "I Wish It Could Be Christmas Everyday"

Happy Holidays! I hope your Thanksgiving was fantastic. It is now officially the holiday season. To help you count down to the holiday of your choice, I present to you my Musical Advent Calendar. This is a fancy way of saying that I'll be sharing some cool holiday tunes with you throughout the season.

Here's a great one to start off: "I Wish It Could Be Christmas Everyday" by the British glam rock band Wizzard. Enjoy! 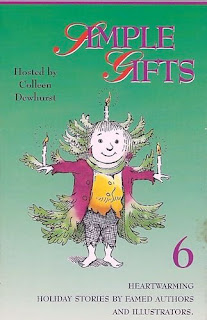 Thanksgiving--the beginning of the holiday season. Roll out the holly, trim the tree, hang up the stockings, and pour the eggnog! But these things are not the point of the holiday season, nor are the elaborate gifts we wish to give and get. The best gifts of the holidays are the simple gifts, as my latest Tuesday's Overlooked TV will demonstrate.

I'm doing something I've never done before with Tuesday's Overlooked--I'm sharing one program over the course of several weeks, starting this week and every week until Christmas day. The program in question is the 1978 PBS animated special Simple Gifts.

Simple Gifts is a collection of six animated shorts by top shelf animators and storytellers such as Maurice Sendak, Virginia Woolf, Theodore Roosevelt, and R. O. Blechman (who directed the entire special and animated its final installment). Late actress Colleen Dewhurst appears in a live action introduction and epilogue.

I just learned of this special's existence last week, and I'm eager to share it with you as part of my holiday programming this year. The special was last released on home video in 1993 on VHS and has never been released on DVD, so please enjoy the special here. This week, I feature Dewhurst's introduction and the first of the six installments, "The Great Frost," based on a story by Virginia Woolf. I hope you return each week for the next installment.

Happy Thanksgiving, and welcome to the holidays! 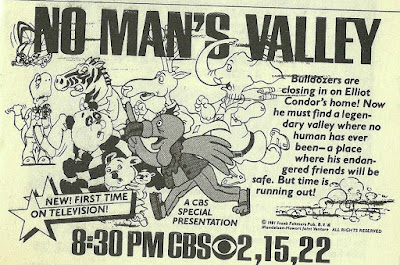 This week's Tuesday's Overlooked is about as overlooked as you can get. I didn't know this program existed until today, and info about it on the Web is scarce. Of course, the scarcer it is, the more I want to know about it!

The program in question is the 1981 animated TV special No Man's Valley. Based on a children's book published that same year, Valley is about one Elliot Condor, whose habitat is threatened by human development. It's up to Elliot to find a place known as No Man's Valley, a land no human has ever inhabited and therefore a great new home for Elliot and his animal friends. The special was produced by Lee Mendelson and Bill Melendez, who of course created the legendary Peanuts specials.

What little information I can find lists the premiere date as November 23rd, 1981 on CBS, paired with A Charlie Brown Thanksgiving. Here is a promo for the two specials that year.


It was in coming across this promo on YouTube that I learned about the special's existence. I have no recollection whatsoever of seeing this special ever, and as far as I can tell, 1981 may be the only year it aired. Voice actors for the special include Arnold Stang (whose voice is ubiquitous in 70s and 80s cartoons), Richard Deacon (The Dick Van Dyke Show), and Joe E. Ross (Car 54, Where Are You?).

There are no clips on YouTube or Dailymotion and no DVD release I could find. It was released on VHS in 1986, according to the library database of Case Western University (I had to dig deep for this info). It wouldn't surprise me if they have the only surviving copy!

Even Ebay came up empty. The only links I found were for the ad that appears at the top of this article and for the original storybook.

If anyone out there has any memory of this special at all, please let me know if the comments section. Thanks! 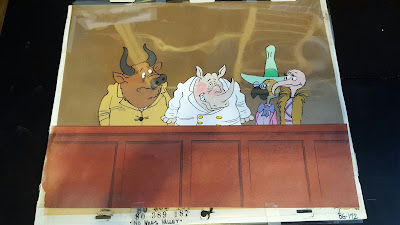 UPDATE AS OF 1/28/16: Reader Juan Aguirre notified me that he recently acquired an original cel from the special's production, for which he's graciously given permission for me to post above. Thanks Juan!

I've noticed something about you. You simply don't have enough Internet links to check out! Let me help you with that this weekend!

First, some Halloween leftovers: the Onion AV Club recently identified their 25 best horror movies released since 2000. The Babadook is rightfully present, but [REC] got robbed!

My beloved Halloween animated special Witch's Night Out is now in production as an off-Broadway stage musical. Yay!

I recently came across a blog called Autumnal, which celebrates everything that is..well, you know. Check it out!

Looking ahead to the holiday season, ABC recently announced their 2015 holiday programming. Set your DVRs accordingly!

As a lifelong Peanuts fan, I'm thrilled that the long-awaited Peanuts Movie is finally released today! I'm also excited to see this recently released book Only What's Necessary: Charles M. Schulz and the Art of Peanuts by Chip Kidd. It's on my to-read list!

That's this week's short list of cool links. If you find a link you think is worthy of being mentioned here, please let me know in the comments. 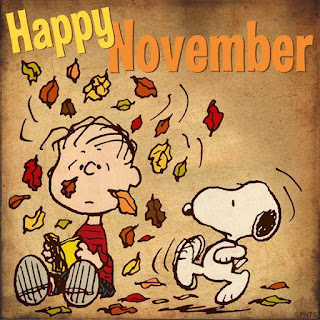 Hello everyone! The title of this post says it all. Today I have no YouTube clips or anything super exciting to showcase. I'm just checking in with you all to see how you're doing.

So, how are you doing?

Responsibilities kicked me in the tender region hard in October, and the rest of the year is likely to be the same way, so I want to post something while I have a slight breather this week. I hope to manage things better going forward than I did last month and make my life and the lives of my loved ones easier. This seems to happen the last few years--the holiday season comes along, and I have a hard time enjoying it because I have a hundred things to do everyday. I'm sure it's the same way for you, so please excuse my whining!

I wish my blogging frequency was more robust this year, but as you will see from the number of posts, the blog took a big hit this year. Sorry about that! Also, with social media sites absorbing so much Internet traffic nowadays, traditional blogs like this one are going the way of Geocities and Tripod. Thanks to you "old timers" who still peruse Blogger and Wordpress; I appreciate it.

Please feel free to check out my years' worth of archives for some cool stuff. If you notice any broken videos or links, let me know in the comments and I'll do my best to replace them.