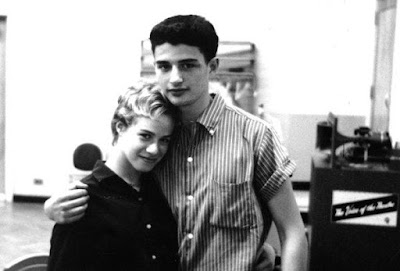 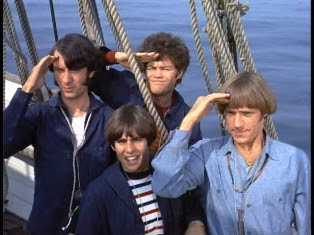 This past weekend, my daughter and I enjoyed seeing the touring version of the Broadway musical Beautiful: The Carole King Musical. One of the many great songs co-written by King featured in the show is "Pleasant Valley Sunday," made famous by the Monkees. However, although that's the biggest hit written by the duo to be performed by the band, the Monkees recorded several other great songs by Gerry Goffin and King. Here are a few examples, with demos recorded by King featured first, followed by the Monkees' final version.

From the band's debut album, here is "Take a Giant Step." First is a country/western style demo by King, followed by a psychedelic folk fusion by the Monkees.


Next is "Sometime in the Morning," featured on the band's sophomore album More of the Monkees. Due to the swiftness in which the album was released and the impressiveness of King's demo, producers simply added Mickey Dolenz's vocal over King's recording.


Finally, a departure from the usual Goffin/King style, the heavily psychedelic ode "The Porpoise Song," written and recorded for the Monkees' movie Head. I love the Latin phrase King throws on at the beginning and end of her demo.


This isn't the first time I shared a Goffin/King demo of a Monkees song. You can check out King's demo for Pleasant Valley Sunday here.

Demos like this help music fans really appreciate the evolution of a song from first writing to final production. The twists and turns a song takes during this process is fascinating to me. I hope it is for you too. 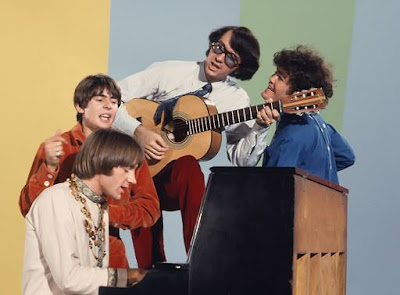 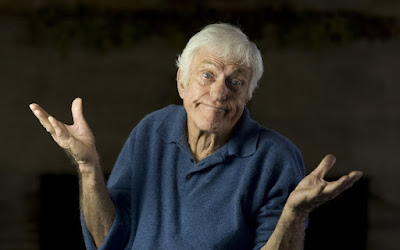 After a couple weeks' break for the holidays, I'm back, at least for this post. Things may be slow this month as I continue to get back into the swing of things, but I will be back full time soon.

Today I offer a brief clip of two of my favorite performers: Dick Van Dyke, and the Peanuts gang. This momentous occasion occurred on the five-night special CBS On The Air, which aired during 1978 for CBS' 50th anniversary. Here, Van Dyke dances with the Peanuts characters similarly to the way he did with the animated characters in Mary Poppins. A cute treat I was happy to find by accident without knowing it existed.