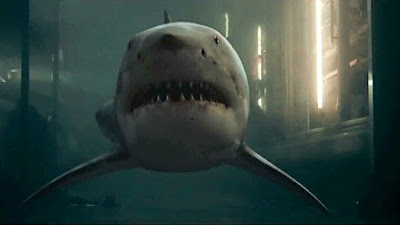 This week's Tuesday's Overlooked Film is the Australian thriller Bait.

Bait features a simple story: a tsunami hits a coastal Australian town, flooding a supermarket and inundating the store with two large great white sharks in the market's murky waters. A mixed bag of survivors do their best to escape the water and its toothy guests, working out their personal issues along the way.

Bait is by no means the next Jaws, but for a shark story fan like me, it fits the bill; especially when you record it off of SyFy in November and keep it in your DVR until June like I have.

Here is the film's red band trailer if you so inclined. Thanks! 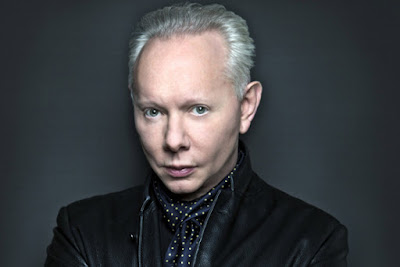 This month's Underappreciated Music is the pop work of Joe Jackson.

You can read about Jackson's career here, but I'm just going to focus on his pop hits that made him famous. His work since then has been mostly jazz and classical, two genres Jackson has found more personally fulfilling. That doesn't change the fact that I'm always glad to hear any of these songs on the radio. They're like old friends that you don't see very often, but when you do it's always special, then you go back to your daily business. Nothing wrong with songs like that.

Tuesday's Overlooked TV-Movie, "The Stranger Within" (1990) 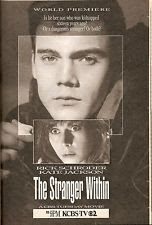 This week's Tuesday's Overlooked item is the 1990 made for TV thriller The Stranger Within.

Stranger stars Kate Jackson as a mother whose young son is abducted from her, and the abductor disappears without a trace. Years later, after trying to move on with her beau (Chris Sarandon), a young man (Rick Schroder) appears claiming to be the long lost boy. However, it soon becomes clear that not all is right with this man, as the locals start disappearing as soon as he walks into their lives. The movie ends with a climactic battle between mother and "son."

This movie came to my attention due to the plea of a Twitter follower of mine who remembers seeing the movie as a child, and it stayed with him all these years, but he has never known the title or even seen it air since. I passed along the info to Tuesday's Overlooked curator Todd Mason, who in turn gave the alert to his friends in the horror/suspense online communities, and lo and behold, we have this week's entry!

The movie has an interesting pedigree, too. It was directed by Tom Holland, writer and director of Fright Night and Child's Play. He also wrote the screenplays for Psycho II, The Beast Within, and a favorite of mine, Cloak and Dagger.

The Stranger Within was once available on VHS many years ago, but has never been released on DVD. Below is a promo for the movie.

Before the character Mighty Mouse was a mildly disguised spoof of Superman, he was an outright blatant spoof of Superman. Here is one of the earliest Mighty Mouse appearances--perhaps the earliest appearance ever--in his original name of Super Mouse (before DC Comics' lawyers got a hold of Terry Toons). It's the standard Mighty Mouse formula: cute mice frolicing in a meadow, a threat comes along to ruin the festivities (almost always a cat), and Super/Mighty Mouse "saves the day." Man, the hours I spent as a kid watching these cartoons over and over.