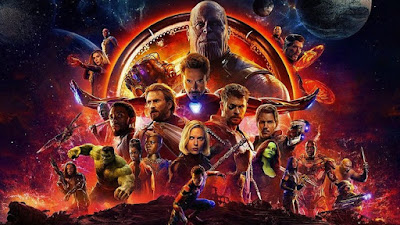 Dude. It's a miracle. I actually saw Avengers: Infinity War IN a movie theater!

You don't understand what a milestone this is for me. As much as I love the gamut of superhero movies that have been released the last ten years, I'm usually too busy to see them until months or even a year after they're released. The last time I saw a superhero movie in a theater was the first Sam Raimi Spider-Man film back in 2002!

But this time, the stars were aligned, and I was able to see Infinity War in the theater. And this was the perfect movie with which to break my dry spell.

I loved every frame of it.

I loved everything about this movie. The story, the acting, the effects, even the editing, it was a perfect storm of Marvel movie mania! (Stan Lee would be proud of that alliteration!)

I'm not going to go into every aspect of the movie; instead, I'll simply list some points that I feel are worth mentioning. SPOILER WARNING! Don't read until you've seen the movie.

1. Thanos was excellent! I haven't read much of him at all in the comics, but Josh Brolin's interpretation of the character was easily the best Marvel movie villain we've seen so far. 2. I knew someone was going to die, but I didn't expect half the cast to do so! That was a very brave move on the studio's part. Nicely done! And no, the fact that most, if not all, of the dead characters will come back eventually in no way diminishes the emotional impact of the deaths.

5. I was especially surprised to see Spidey vanish, as he is the most recognizable Marvel character ever, and they went through a lot of trouble bringing him into the cinematic universe. 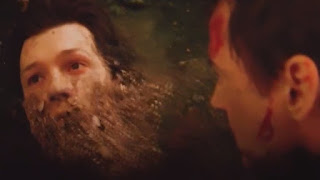 6. Interesting that all of the original Avengers members remained alive. Hmm...

7. Also interesting that all of the Guardians of the Galaxy perished save Rocket. Also hmm...

8. As long as the movie is (2 hours and 40 minutes), at no time does the movie feel slow. There is no filler or boring parts at all. Every minute and every frame has value. I don't often think of the editing of a movie, but in this case, the editing is flawless.

9. The blending of all of the characters was seamless. All characterizations were true to their established personalities and continuity, no one acted unusually, everything meshed together perfectly. Amazing work all around!

There's probably more I can say, and perhaps I'll add it to this post as I think of more, but to summarize: this was one of the most satisfying movie experiences I've ever had, and I hope to keep the theater attendance streak going. Thank you Marvel!

And for those of you who are distraught at having lost so many heroes, remember...help is on the way! 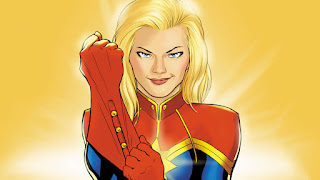 If you consider yourself an early bird, pre-order the digital version via Amazon!