The 30th anniversary date of Batman 1989 has passed, but I still have it on my mind. There's one aspect of the film I didn't mention yet that I should have: the song soundtrack by Prince.

At the time, Prince seemed to me to be both an odd choice to do a Batman soundtrack and the perfect choice at the same time. He was bold, he was boisterous, he's a lot like a comic book character!

Only a few of the songs were used in the actual film, but two of them became part of the Bat-Zeitgeist of the time. Here they are!

"Batdance." This doesn't appear in the movie, but it's a funky novelty tune that's a lot of fun!


Next is "Partyman," famous for being the tune that plays when the Joker makes his grand entrance to the art museum for his "date" with Vicki Vale. Some of the goofiness of the movie irks me these days, but this fun scene is an exception. I love it!

If Prince were still with us, I wonder if he'd acknowledge his musical contribution to the film today. 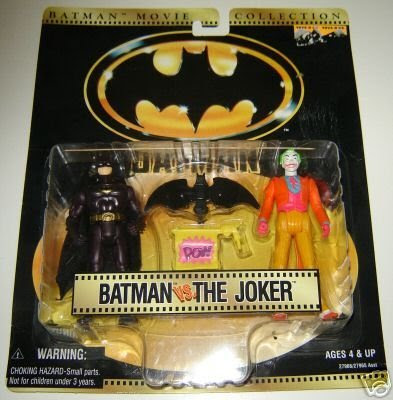 Like any highly successful movie that makes hundreds of millions of dollars, other products are going to find ways to make their money off of it, and Batman 1989 was no exception. Take a look at a tiny fraction of the products based on the film.

The film was so big that it had not only one but two successful toy lines. The first one was by the small company Toy Biz, which also released other DC Comics characters in a separate line released concurrently with their Batman line. Ironically, the owner of the company was Ike Perlmutter, who now is the CEO of Marvel Entertainment.

The following year (1990), Kenner released The Dark Knight Collection, a larger line also based on the 1989 movie. Here are almost six minutes of commercials for the line.

I still have the Crime Attack Batman action figure from the line to this very day.


In addition to toys, you can always count on fast food restaurants to take part in blockbuster movie promotions. For Batman 1989, the fast food joint of choice was Taco Bell with these cool cups! Collect all four! Don't forget your cinnamon twists!

Finally, MTV held a "Steal The Batmobile" contest in 1989. Movie costar Robert Wuhl has all the details!

I'll bet you're now inspired to rush to Ebay and see if you can get any of this stuff cheap. Good luck!
at June 20, 2019 No comments:

Long Live The Bat: Batman 1989 and the Home Video Revolution 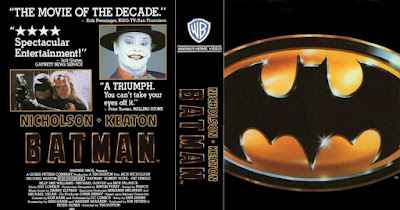 The 30th anniversary of Batman 1989 is this Sunday, so it's time to ramp up the celebration!

As much as the movie revolutionized summer blockbusters and their impact on popular culture, it also caused a revolution in the home video industry. The movie was released on home video (in glorious VHS format, God love it) on November 15, 1989, a mere five months after the theatrical release, which was unheard of at the time. Movie fans usually had to wait a year or more after a theatrical release for a film to appear on home video.

Not only that, the suggested retail price was a mere $24.98 per copy, another massive change from the status quo of the industry. Videocassettes of other films sold for nearly $100, when home video was mostly a rental business. Warner Bros. decided this was a film fans wanted to own, so they made it affordable. They were right: audiences bought it right and left. Many stores sold it at an even lower price, at $20 or even $15 dollars. One of my brothers bought his copy for only $15 at our local Wall to Wall Sound and Video (RIP). He still has it today!

One of the ways Warner Bros. was able to keep the price low was by allowing a commercial to appear at the beginning of the tape, courtesy of Diet Coke. This was another radical change from the norm. Here is the commercial in all of its glory!


Also featured was this animated call for people to purchase Warner Bros. swag, with the help of studio favorites Bugs Bunny and Daffy Duck!

The timing of the video release was, unsurprisingly, tied into that year's holiday shopping season, as this commercial for the video confirms. I posted this same commercial during my Christmas programming last year, and of all the countless commercials I've featured on the blog, this is one of the hardest sells I've ever seen!

Not everyone was happy with the early and affordable release of Batman on home video. Theater chains, smaller ones in particular, were upset over lost revenue to the home video release, as the movie was such a box office success that it was still playing in some theaters as late as November of that year. This local news coverage of the home video launch from Los Angeles conveys that story as well as a publicity event the studio held in LA, plus some (failed) attempts at humor by the local news team.

With all of the Internet streaming options we have today, it's easy to forget how momentous it was when a favorite film was released on home video, and up to that time, no home video release was as momentous as Batman. 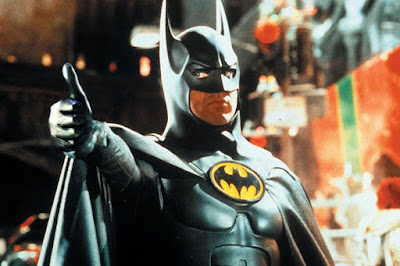