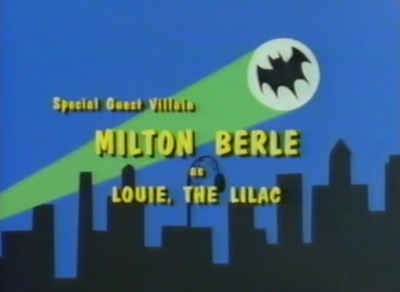 Legendary comedian Milton Berle is most famous for his program Texaco Star Theater from the 1950s, but he also had a show during the 60s named after himself. In this installment from 1966, Berle plays an actor starring as two difference villains in two different series, Batman and The Green Hornet.

The problem is, he's filming both series at the same time, which turns out to be--physically challenging in several ways. Unfortunately, one of the villains he plays is a gross Asian stereotype which plays into the skit. I can only imagine what Bruce Lee thought of this.