Tomorrow, May 1st, is Free Comic Book Day 2010.  It's like Christmas for comic book fans!  You just go to your local participating comic book shop (which you can find here) and pick up some great free comics.  And while you're there, do the shop a favor, show your support and make a purchase or two as well.

It's an awesome event.  Let Kevin Smith tell you why.

In honor of this great day, here are some inspiring clips to wet your comic whistle. 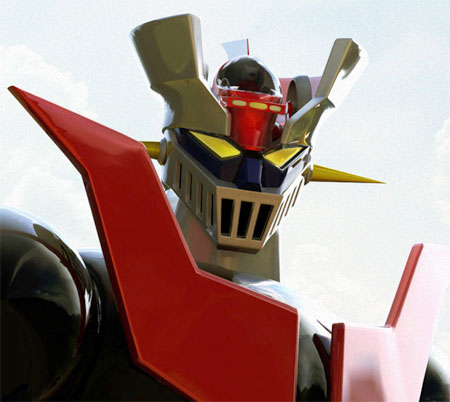 Similar in vein to my Gobots posts from last week, I have here another Japanese robot franchise, this one perhaps not quite as remembered as the Gobots--Tranzor Z, originally known as Mazinger Z in the rest of the world.

When I was very young (before school, late 70s), I had a Tranzor Z action figure, complete with ejectable forearms.  I even went out as Z on Halloween one year; it was one of those cheap Ben Cooper costumes made of vinyl and were as poorly made as the boxes they came in.  Years later in the mid-80s, a point in which I hadn't thought of Tranzor Z in years, I came home from school one afternoon, turned on the TV in my bedroom, and there he was, broadcasting into my home.  I was shocked and amazed!  "Oh my God, it's the robot I had years ago!"  I never missed an episode the entire year (or two?) it was on.

I present an episode of that series to you now.  Here is Tranzor Z in "The Devistator."  Enjoy!


Here is the original Japanese version of the show's opening. I love how the difference in theme music and language can make the same footage seem so different.

With the news that the Peanuts franchise has been purchased by licensing group Iconix and the Charles Shulz family for $175 million, I'm reminded that I have the Peanuts as Pitchmen feature.  Here are a few quick clips for one of their biggest licensing partners, Metropolitan Life Insurance.

How do you say "Good Grief" in Chinese?

An animated dog gets more exercise than I do.

I Was Physically Assaulted at My Comic Book Store!

It's true! It happened this past Wednesday, and here's what happened.

I was innocently perusing the comic store shelves when someone, a customer (not an employee) who I will forever call Crazy Guy, started saying something. I'm not quite sure what, and I didn't think he was talking to me at first, when all of a sudden, he pushes me in my face (it may have been an outright punch, but I don't think so) and starts shouting profanities (I'll f*** you up mother f*****! blah blah blah).  I think it had something to do with me picking up some book he had been looking at or something, I don't know what.  Being scared shitless, I ran to another part of the store while Crazy Guy kept going off.  The girl at the cash register, scared herself, was pleading him to calm down.  He then shouts that he wants to pay for his stuff, which the cashier readily did ahead of people in line just to get rid of him.  He pays for his stuff (how do crazy people get to have money?) then storms out of the store threatening to wait for me outside.

The store manager, who had been outside for most of the incident, unaware to what was happening until he came back in, told me that I had a scratch on my face from Crazy Guy (who still had comics in his hands when he hit me) and allowed me to use the employee bathroom to wash up.  I go in and look at my face and sure enough, there is a scratch across my left cheek and part of my nose (which remains as I write this two days later; I'll post a photo this weekend if I get a chance).  Once finished, I waited inside the store for awhile longer in case Crazy Guy was indeed waiting for me (he wasn't).  The manager (who offered me 50% off any purchase I was making, but I didn't buy anything) took a look outside, saw the coast was clear, and back to work I went, eyes wide open and taking a different route back to my office.

Just because this is a great song that should be played every day.

Gobots: War of the Rock Lords 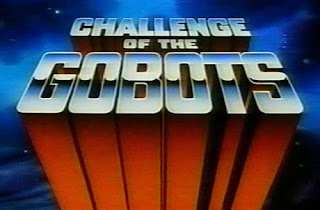 I recently came across a podcast called the Roboplastic Apocalypse, which discusses in detail the history and popularity of toy robots. Two recent episodes discussed the Gobots, the "other" robots-to-vehicles toy line that arrived in stores about the same time as the Transformers. As the Gobots don't seem to be as fondly remembered, I thought I'd give them their due.

Here are a few commercials hawking the Gobots. Unlike the Transformers, the good and evil sides of the Gobots were not tied down to one vehicle type (good guys=cars, bad guys=airplanes); a Gobot was what it was regardless of allegiance.

Here is a Japanese commercial for the Gobots original incarnation as Machine Robo, before they came to America and adopted a new storyline and canon.

And here is an episode of the accompanying TV animated series (no self-respecting toy line was without one in the 80s). From Challenge of the Gobots, here is "Crime Wave."

For the interesting story behind the Gobots, check out the Roboplastic Apocalype podcast episodes here and here. 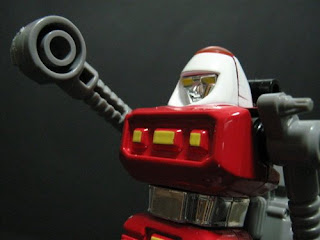 The Entire Decade of the 80s in 1 Minute 13 Seconds

Need a dose of the 80s in a short amount of time?  Watch this clip and you're on your way!

As I've said before, I'm not a horror movie fan.  I'm too squemish for the usual blood and gore flicks, with rare exceptions (Halloween, A Nightmare on Elm Street, and Re-Animator to name a few).  This film, however, I need to see for the sheer ridiculousness of it.  The movie is called Inseminoid, and appears to be a knock-off of Alien.  To grasp the stupid awesomness of this movie, you only need look at the original movie poster. 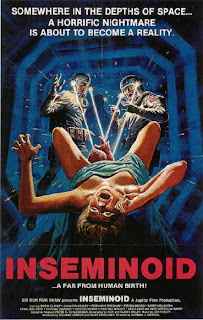 OK, take that poster in for a minute. Do you realize what you're seeing?  Can you fathom what's going on here? I think the image speaks for itself, so I won't comment further on it. How can you not want to see this movie?

I don't have Netflix, but if I did, rest assured that Inseminoid would be request #1!

If your (un)fortunate enough to have seen this movie (possibly under it's alternative title Horror Planet), please leave a comment.  Thanks!

P.S.  Thanks to Gilligan of the Retrospace blog for alerting me to this flick!
at April 14, 2010 1 comment:

There's No Escaping Me!

That chilling title refers to the fact that I can be found in several places on the interwebs, most notably here, of course. But my online empire *chuckle* is ever-expanding.

Case in point: I am now on Facebook, under my real name of Brian Arnold. Click on the badge to the right and be my friend, OK? Trust me, I need all the friends I can get!

You can also follow me on Twitter under the handle Phillyradiogeek. You can follow me there by clicking on the right as well (that there's a handy side of the blog, that is).

You can also check out my YouTube channel here. There's video of my beautiful children as well as over 300 of my favorite clips.

And, of course, you can follow me on Google Buzz.

As promised, here today are more audition tapes of the cast of Lost, for the roles of Sun, Jin, Boone, Shannon, Claire, and Sayid.

With Lost coming to its eternal conclusion in a matter of weeks, enjoy these audition tapes of the cast way back when.  Today I feature Matthew Fox (reading for both Sawyer and Jack), Josh Holloway, Evangeline Lilly, and Jorge Garcia (also reading as Sawyer).  More tomorrow!

Frustrated that Lost isn't giving you enough answers?  So are these guys.  From the creators of Butt Drugs!

Hello everyone.  Thanks to everyone for their well wishes and thoughts for me after the sudden death of my father.  It means a lot that people that are strangers can be so compassionate in my time of need.

Life does go on, as does this blog.  And I am back to the normal silliness as of now, and I mark my return with an obscure Easter special.  Easter Fever is one of several specials created by Canadian animation studio Nelvana in the late 70s/early 80s that featured unusual character design and story elements.  You'll see what I mean as you watch.  I've posted A Cosmic Christmas before, and mentioned several other specials, but I've never heard of this one at all, and came across it out of sheer dumb luck!  In fact, I still haven't seen all of this as I write this.  Please enjoy Nelvana's Studios Easter Fever.  Happy Easter!