An Hour of Vintage Christmas Commercials from the 70s, 80s, and 90s 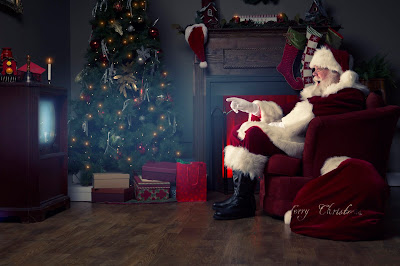 Hello everyone, and welcome to the holiday season at Me and You and a Blog Named Boo! I hope everyone had a safe and enjoyable Thanksgiving. We are now officially into the holidays, and they couldn't have come soon enough. This is an opportunity to cap off a terrible year by embracing the spirit of the season, so let's go all in and put this year behind us!
I start the season off as I usually start any holiday season, by showcasing fun commercials from years past. Normally I post individual commercials, but this time I've let YouTube user Retro Commercials 1990s do the work for me. This user has put together a full hour's worth of classic Christmas commercials. Feel free to put these on while you decorate your home or enjoy your Thanksgiving leftovers.
Enjoy! And stay tuned for holiday fun all month long!
at November 30, 2020 No comments:

Before I go any further, Peanuts fans should rejoice!
Just two days after I posted my complaint about the lack of Peanuts holiday TV specials airing on broadcast TV this season, it's been announced that Apple has made an agreement with PBS to air A Charlie Brown Thanksgiving and A Charlie Brown Christmas! The Thanksgiving special will air this Sunday November 22nd at 7:30pm, and the Christmas special will air Sunday December 13th at 7:30pm. This will be the first year that Peanuts specials have ever aired on PBS. Thank you Apple and thank you PBS! 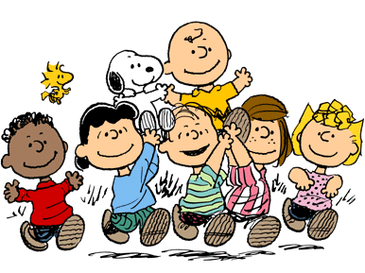 Get warmed up for this Sunday's airing of A Charlie Brown Thanksgiving with the soundtrack to the special below. It's Vince Guaraldi at his groovy 70s best. It's a good bit different from the sound of Peanuts specials from the 60s, but I dig it.
Enjoy! 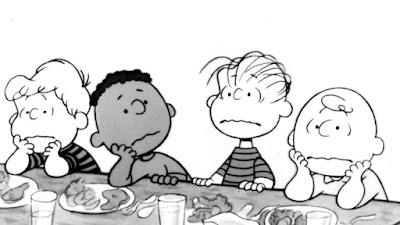 Hello everybody! Sorry for the long time posting since the Countdown, but this is such a busy time of year. I'm glad to be back, even if it's to mention an unfortunate development in the world of entertainment.

As you likely know, ABC has lost the broadcast rights to the Peanuts TV specials to the online streaming service Apple TV+. The service is now the exclusive TV distributor of all of the previously created Peanuts TV programs as well as future specials and series. This is the first year since each special's debut broadcast that It's The Great Pumpkin, Charlie Brown, A Charlie Brown Thanksgiving, and A Charlie Brown Christmas will not air on free broadcast TV. Apple will make each of these three specials available to non-subscribers for a three-day window, but other than that, you must be an Apple TV+ subscriber to watch these specials.

Being a huge Peanuts fan in general and of these three specials in particular, I was heartbroken to learn this news. These specials are in fact very special, especially A Charlie Brown Christmas. To me, these specials have such innocence and heart that they should always be available to all people free of charge. I feel they are a right, like single payer healthcare. To lose these specials from broadcast TV so unceremoniously, especially without warning (the announcement was made halfway through October when we all were expecting an air date for Great Pumpkin on ABC), was just, well, crappy. 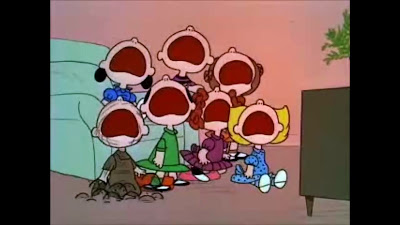 Having said that, I don't hold as much animosity towards Apple as you might think. In fact, I kind of admire their interest in the franchise. They realize that to be a major player in the streaming world, they need a big name family franchise to be competitive. Disney has their many classic characters, HBO Max has Looney Tunes, and Netflix has Dreamworks Animation properties. Having Peanuts exclusively on their service helps Apple TV+ be an attractive service for families. Apple's interest is a compliment to the Peanuts legacy!

So if there's any silver lining to the loss of Peanuts from broadcast TV, it's that. Plus, the holiday specials are readily available on DVD and Blu-Ray, so it's not like the specials are locked away in some private vault to remain unseen by anyone.

There's something about being on broadcast TV that makes viewing the specials a communal event. It's a different experience when you know that millions of other families are enjoying the programs the same time you are. Even having the commercials adds to the communal aspect. Yes, the commercials are trying to sell products, but they're also an acknowledgment that millions of homes are watching.