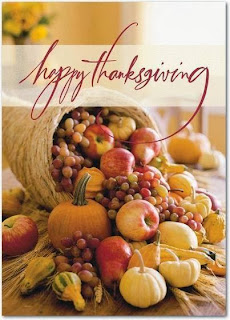 Hello everyone! Here we are, about to start the best time of the year in my opinion, the holiday season! Usually by this time, I've served ample helpings of fun Thanksgiving programs to you, but personal and work responsibilities have kept me from doing that this year. Better luck next year, I hope!

However, after looking over Thanksgivings past, I see that there's some good stuff that you may have missed if you're a new reader. So why not serve some "leftovers" from the past for your enjoyment today?

The fun and forgotten animated specials B.C.: The First Thanksgiving  and Please Don't Eat The Planet: An Intergalactic Thanksgiving.

The educational Peanuts presentation of "The Mayflower Voyagers."

A "dramatization" of Thanksgiving from the turkeys' point of view, courtesy of Saturday Night Live.

Finally, one of my favorite Thanksgiving posts ever, a look at one family's Thanksgiving tradition discovered "On The Road with Charles Kuralt."

I wish all of you a healthy, safe, and Happy Thanksgiving! And also, Happy Chanukah!


YAAAAAAAAY! CHRISTMAAAAAAAAAS! I love it! Get ready to ride Santa's sleigh all this month. Happy Holidays!
at November 27, 2013 2 comments:

Tuesday's Overlooked TV: The Mouse On The Mayflower 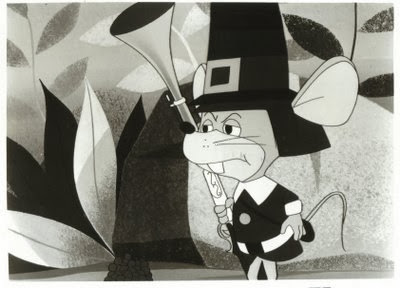 Hey folks! It's a short week, and for an excellent reason--Thanksgiving is here, and therefore, the holiday season! There's a lot to do before Thursday is here, so we'll get right to this week's Tuesday's Overlooked TV--the wonderful special The Mouse On The Mayflower.

The Mouse On The Mayflower is an animated special from the legendary (and delightful) Rankin/Bass studios about a mouse named Willum (voiced by Tennessee Ernie Ford) who travels with the Pilgrims on the Mayflower. Under harsh conditions, Willum assists the Pilgrims and Indians in working together to get the Pilgrims settled in the New World and celebrate the first Thanksgiving. The special first aired on November 23, 1968 on NBC.

Although it didn't quite become a perennial classic like Rankin/Bass's Christmas specials, Mayflower has all the charms you'd expect from the studio (including great voice work from the always excellent June Foray and Paul Frees). I've discussed this special once before several years ago, but I'm able to present it to you in full for the first time. 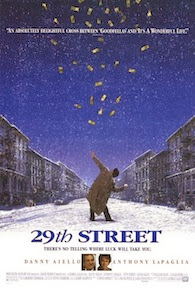 Hey folks! Sorry for the lack of posting this month, but I've had quite a lot to catch up on, and posting may continue to be spotty the next couple of weeks, but I hope to crank things up throughout the holidays. Speaking of which, we get a small taste of the holidays with this week's Tuesday's Overlooked Film: the 1991 comedy 29th Street.

29th Street stars Anthony LaPaglia as real life New Yorker Frank Pesche, a young starry-eyed individual who doesn't know what he wants to do when he grows up, which is a problem considering he is a grown-up. Frank's drifting from one job to another while he finds his footing in life bothers his hard-working father (played by Danny Aiello), who has problems of his own due to running small jobs for the mob.

One unique thing about Frank: he seemingly has a lifelong string of good luck, literally from birth all the way to December 1976, when he becomes the first person to win the New York State Lottery. Yet in Frank's eyes, his good luck can sometimes appear to be a curse.

The film is a life-affirming, warm-hearted account of one man's true story (at least true by Hollywood standards) that also deals with the bonds between father and son. The real life Frank eventually became an actor. He appears in the film as his own brother, a police officer, and co-wrote the screenplay.

Unfortunately, the film is currently out of print, so you'll need to find a used copy or give your TV listings a search. Here is the film's trailer. Thanks! 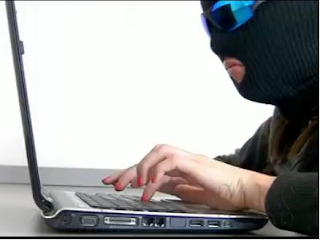 I was on the Internet this week. I found some links. Let's see them now, shall we?

Marvel and Netflix made a huge announcement yesterday, stating that Marvel will produce four separate but interweaving series for Netflix, one of which will star Daredevil, which will lead to a Defenders miniseries. This follows the model of Marvel's Avengers movies. I guess I'll have to get myself a Netflix subscription!

If you prefer your comics characters on the, well, comic side, you may enjoy DC Comics' Inferior Five; particularly, stereotypical dumb blonde character Dumb Bunny. It's as low-concept as you think it is.

Batman: The Brave and The Bold Season 1 was issued on DVD this week. Chris Sims points out the top 10 moments from the season.

Brianfall.com wants to know what Peanuts character are you? Unsurprisingly, I am Charlie Brown.

In retro video game happenings, you can download up to 120 retro game wallpapers.

Finally, if you appreciate a good bass line, and you also love dogs, good news! You can look at bass players playing dogs instead of basses! Isn't the Internet wonderful?

6-Year Blogiversary and How Are You

Hey gang, welcome back! I hope everyone enjoyed their weekend, perhaps even getting in some late Halloween fun before starting November in earnest. The decorations are down, but they'll be back next year. I had a great Halloween season, and I hope you did too.

Now it's time to move on, and this time of year, I like to acknowledge the anniversary of this here blog! It launched on October 30th, 2007, but now that I'm deep in the Countdown at that time, I don't mention it until it's over. I like to look back at what I've written over the years, and if you'll permit me to toot my own horn, I'm very happy with what I've done with it all these years. It's not flashy, and I'm not as prolific as other blogs, but I do my best. I try to maintain a blog that I myself would be interested in reading. Whether or not the blog is entertaining for others is up to you.

You can always let me know what you like and don't like by leaving a comment, emailing me at phillyradiogeek@gmail.com, or completing my reader survey along the right of the blog.  Don't be shy; feel free to praise or disparage at will!

Here's to more fun and frivolity as we enter year 7 together. Thanks as always for reading. You're the best!
at November 03, 2013 6 comments: