April 30th is Arbor Day, and with ecology on everyone's mind the past week (well, that and swine flu), I present the rarely seen TV special It's Arbor Day, Charlie Brown. It's so rare even a diehard Peanuts fan like me hasn't seen this before.

I'm able to showcase it here thanks to the new official Peanuts channel on Dailymotion.com! They have a small amount of TV specials available for free viewing, and I hope they add many more soon.

Just like last year, I'm presenting my own summer movie preview. It seems early since it's only April, but Hollywood starts its summer in May. I guess they want to take advantage of the warmer weather and are counting on viewers to get out and see movies. Here we go!

First up on Friday May 1st (see? early) is X-Men Origins: Wolverine. Hugh Jackman reprises the role for a fourth time. Get your claws out for this one!


The following week on Friday May 8th is the long-awaited reboot of the Star Trek franchise, with Lost co-creator J.J. Abrams at the helm. I expect this to be a huge success.


The very next week on Friday May 15th is the opening of Angels and Demons, starring Tom Hanks reprising his role from The Da Vinci Code. This story takes place before the events in Code but deals with many of the same issues and institutions.


Friday May 22nd brings us Night at the Museum: Battle of the Smithsonian starring Ben Stiller. I really enjoyed the first one, so I'm looking forward to this.


Also on May 22nd comes Terminator: Salvation, starring the hot-tempered Christian Bale. With the current TV series on the verge of cancellation, the future of the franchise depends on good box office for this film.


On May 29th, Pixar presents its latest offering, Up.

On June 5th, Will Ferrel appears in a comedic take on the famous Saturday Morning TV series Land of the Lost. I like Will Ferrel a lot, but this one I'm not so sure about.


June 26th brings another sequel, Transformers: Revenge of the Fallen. Parts of the film were made right here in Philadelphia.


On August 2nd, another movie based on a Hasbro toy line opens, G.I. Joe: The Rise of Cobra.


Finally, this movie won't be released until October 16, so it's clearly not a summer movie, but it looks too interesting not to mention here. Maurice Sendak's classic children's book Where the Wild Things Are graces the silver screen.


I'm sure there are plenty of interesting films I've missed, but these are at least some of the more high profile ones. If there are any others you think I should mention, give me a shout in the comments section. And I'll see you--at the movies!
at April 22, 2009 No comments:

My computer sucks. It sucks hard.

For several months now, my computer (a Dell PC, at least five years old) takes at least 15 minutes (or more!) to fully boot up, and when it does, everything takes forever to operate. No action takes place without the damn hourglass occupying the screen. When I call up the Task Manager (which itself takes many seconds longer than necessary), I see about 60 processes running in the background, using up quite a number of MBs. I don't even know what most of these programs are! I run both the virus software that comes with my AOL account as well as free version AVG 8.0, but neither program ever finds viruses.

This is simply no way for a computer to work, especially in this increasingly electronic, Internet-based world. What should I do? Is it simply time for a new computer? Are there steps I'm not taking that can solve these problems for the computer I'm using?

I'm leaving it open to you, my loyal readers--all four of you. If you have any ideas for me, or if you can tell me where to go (to solve my computer problems, that is), please do so in the comments section. Thanks!
at April 16, 2009 1 comment:

Today is a very sad day in Philadelphia. Harry Kalas, beloved play-by-play announcer for the Philadelphia Phillies, died yesterday at the age of 73. He was the announcer for the team since 1971 and was the embodiment of team spirit. He was not just the voice of the team, but for all Phillies fans, and everyone in the city is mourning his passing. His voice will be recognizable to people outside the city due to his work for both NFL Films and play-by-play for college football on radio. Here are two clips in his memory, one produced by cable channel Comcast Sportsnet and the other created by a loyal fan. Rest in peace Harry!

Here are more great installments of everyone's favorite Italian stick figure, La Linea. I love these, and I hope you do too. Enjoy! 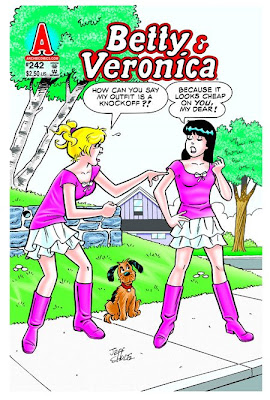 Here is a fun video from a Georgia-based comedy troupe called the WoodCreek Faction titled "S.O.B." Two neighbors battle over the morning newspaper with hilarious results. As you may guess by the title of the film, viewer discretion is advised. Enjoy!

Here it is! The 12th and final chapter of the Crimson Ghost!

I hope you've enjoyed this installment of the Saturday Matinee. It wasn't the smoothest this time around, as I often neglected to get each chapter posted on my self-imposed schedule of Friday afternoons. I think I'll give the Matinee another breather for awhile, and when it returns, I'll just post each chapter whenever I can (but always once a week).

I've noticed two things as I've examined my blog reader stats for the last few days: my Easter posts from last year are beginning to get more hits again (not surprising, as Easter is next Sunday), and I've been StumbledUpon! This blog has been added to StumbleUpon's cartoon page, and I'm thrilled about it! To anyone encountering my blog for the first time due to this service, welcome! I hope you stay on board.

In honor of both of these trends, I present today something that I hope will satisfy both the Easter and StumbleUpon crowd. Today I present the Fat Albert Easter Special, courtesy of Hulu. It originally aired on CBS on April 3rd, 1982. Hey Hey Hey!