Westinghouse Studio One, "The Play of the Nativity" 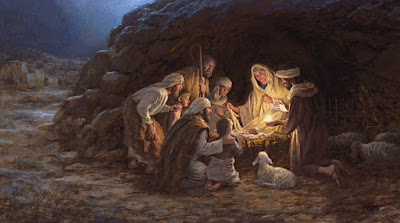 Hello all. I hope your December has been going much better than January through November did.

As we approach Christmas Day in just two days as I write this, I present from the 1950s, the production of "The Play of the Nativity" courtesy of Westinghouse Studio One.

Studio One was a weekly presentation of an adaptation or original play, and was noted for its distinguished subject matter. With the Nativity, you can't get more distinguished than that!

It Came Upon The Midnight Clear TV-Movie (1984) 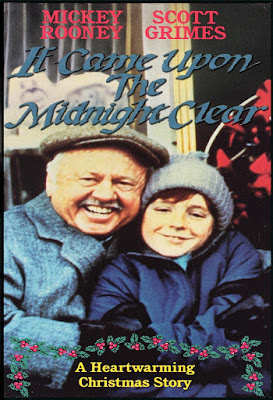 Today's long-form program to round out the week is the 1984 TV-movie It Came Upon The Midnight Clear.
Clear stars Mickey Rooney as a retired New York City copy now living in California with his family. After Rooney's character suffers a heart attack, he begs the Powers That Be to give him just enough time to take his grandson (Scott Grimes) to New York to enjoy the grandson's first-ever white Christmas.
I've never seen the film, but I remember it airing annually for a number of years in syndication, and it always looked cute.
Enjoy! Have a great Christmasy weekend!
at December 11, 2020 No comments:

The Story of the Coca-Cola Polar Bears

Today I present a short clip documenting the origin of the Coca-Cola Polar Bears. They've been entertaining TV viewers since 1993, and I always look forward to their commercials. Here, a Coke historian details the beginnings of the holiday icons.
Enjoy!
at December 09, 2020 No comments:

Deck the Halls with Wacky Walls 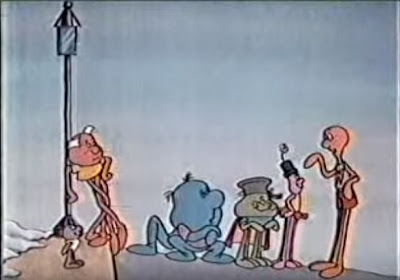 Today's feature is an oddball, but that's what makes blogging fun. Today I present the infamous animated TV special Deck The Halls With Wacky Walls!
The characters in this special are loosely based on the popular 80s toys Wacky Wallwalkers, the sticky octopus-like toys that would slowly creep down a wall or other upright surface when a child throws it at the surface. In this special, the Wallwalkers are given names and personalities, as aliens from another planet sent to Earth to discover the meaning of a special star seen in the sky. The star in question turns out to be the Christmas star, leading the Wallwalkers to learn all about Christmas.
The special aired on NBC on December 13, 1983, and was one of the lowest-rated TV programs that week. I know I almost certainly didn't see it, as I have no recollection of this special whatsover and didn't know about it until the past few years. I won't lie; it's not the greatest program in the world, but it's fun to see once as a curiosity, and it's harmless enough. It also has a good pedigree, as it's written by legendary comic book and animation writer Mark Evanier, and features the voice talents of Daws Butler, Peter Cullen, Frank Welker, and Scott Menville among others.
I'll let you judge for yourself. Enjoy!
at December 08, 2020 2 comments: 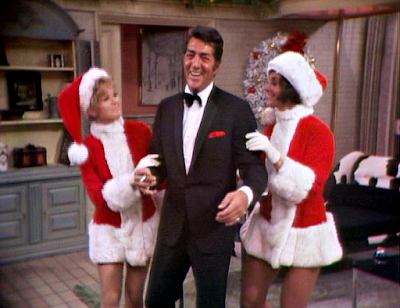 Hello everyone! Welcome to the second full week of the 2020 Holiday Season. And we're starting it off with a bang. Today I present The Dean Martin Christmas Show from 1968!

Dean Martin's variety show was a big hit, airing nine years on NBC. His Christmas episodes were special indeed, and this episode from 1968 is no exception, Dean croons Christmas classics and features plenty of guest stars, including Sammy Davis Jr., Bob Hope, Dennis Weaver, Bob Newhart, and Dom DeLuise just to name a few. I know such programs can be schmaltzy, but I love stuff like this. 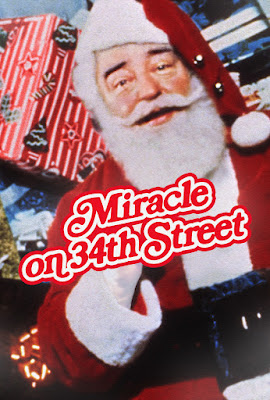 It's almost the weekend as I write this, so I'm posting a long-form program for your enjoyment. This weekend, I bring you Miracle On 34th Street. But not the version you're thinking of!
This version is a made-for-TV version that aired in 1973, starring Sebastian Cabot (Family Affair) as Kris Kringle, on trial for daring to believe he's the real Santa Claus. In his corner providing defense--David Hartman, most famous for being the original host of ABC's Good Morning America.

While this version is certainly not a classic, in fact it's mostly forgotten, this is the first version of the story I ever saw. I looked forward to its appearance on TV every year, and I was shocked when I learned it was a remake of a much older theatrical film!

Today I present the first animated special of the holiday season, B.C.: A Special Christmas.

This is the second animated TV special based on Johnny Hart's caveman comic strip, but with different creators than the first special from 1973, B.C.: The First Thanksgiving. This special features classic comedy duo Bob Elliot and Ray Goulding as comic strip characters Peter and Wiley, who invent a new holiday, Xmas, to make money off of the other cave folks. By the end of the special, as with most Christmas specials, they learn the true meaning of Xmas, er, Christmas.

Newhart, "No Room at the Inn" 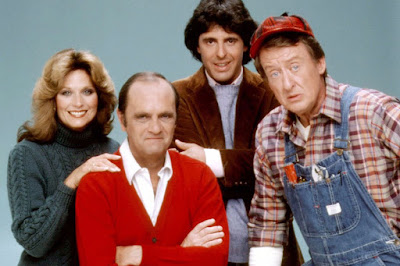 Today at the blog I present an episode from the first season of the 80s CBS sitcom Newhart.

In "No Room at the Inn," Dick Loudon and his crew celebrate Christmas while a snowstorm rages outside their Vermont inn.  Surprisingly, this season 1 episode is the only Christmas episode in the series' 8 years.