Herman and Catnip, "Mice Meeting You" 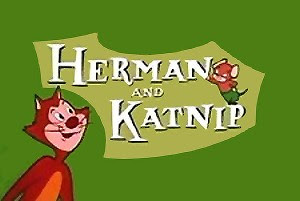 Ho Ho Ho! Happy Holidays one and all! I hope you all had a great Thanksgiving and kick-off to the holiday season! I'm psyched up and ready to go with all the holiday proceedings. I start at the blog this year with a classic cartoon featuring Herman the Mouse and Katnip the Cat.

Herman and Katnip made many appearances in Harveytoons cartoons preceding Paramount Pictures movies in the 40s and 50s. Here is a Christmas-themed one entitled "Mice Meeting You." Katnip kicks some mice out of their cozy Christmas house, and it's up to tough guy Herman to show Katnip the true meaning of Christmas--or at least get him out of the house. Enjoy! 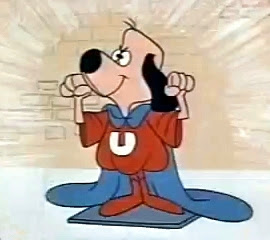 This is the last non-holiday season weekend of the year. Jingle bells and mistletoe are almost here! But before we stuff our stocking, we stuff our faces at the Thanksgiving table, most likely after taking in the Macy's Thanksgiving Day Parade on TV. That's where today's subject comes in--sort of.

In 1965, the Underdog balloon made it's debut in the parade, and to celebrate it, this special Thanksgiving-themed episode aired on NBC TV immediately after the parade. Simon Bar Sinister has yet another overly complicated plan to take over the city, including ruining Thanksgiving! Leave it to Underdog to save the day. Enjoy! And please excuse the racism of the Goofy Gophers.

Unfortunately, parts 3 and 4 have the embed feature disabled, so please see the direct link for the rest of the episode: https://www.youtube.com/watch?v=OauSu_7dV34.
at November 18, 2016 1 comment: 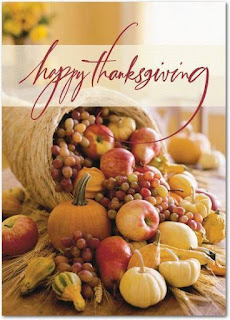 Nintendo's Mario Through the Ages 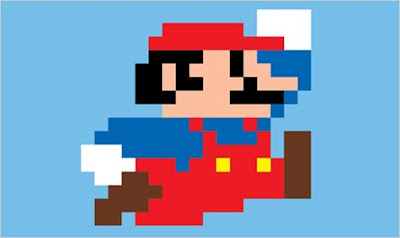 Months after it was announced, the Nintendo NES Classic Edition will finally be available this Friday, November 11th. It is a small replica of the original Nintendo Entertainment System pre-loaded with 30 classic Nintendo games such as Super Mario Bros, Donkey Kong, Kirby's Adventure, and Castlevania, among others. With this momentous occasion almost upon us, I thought it appropriate to take a look at Nintendo's most iconic character, Mario.

Debuting in 1981 as the protagonist in the classic game Donkey Kong, Mario has evolved in ways no one could have imagined back then. When a property as popular as Mario is hugely successful, it's only natural to see him appear in multiple forms of media. Here are just a few.

Here is Mario in his original glory in the 1981 version of Donkey Kong!

Here is Mario in his first ever animated version with the CBS Saturday Morning animated series Saturday Supercade. I ate this up as a kid, but I have to say, it has not aged well.

This is the first live action appearance of Mario's brother Luigi in a commercial for the Atari 2600 version of the first Mario Brothers game. They didn't start out Super; that game would come later (and wipe out everyone's memory of the Super-less Mario Brothers game that preceded it).

Here is a playthrough of the home version of Super Mario Brothers that came with every unit of the first Nintendo Video Game System that was introduced in 1985; i wouldn't get it until 1987. I couldn't wait to play this every day after school when I was in 8th grade! This video is over a half hour long, so I don't expect you to watch the whole thing, but it does bring back memories.

Here is a commercial for Hostess Snack Cakes and a Nintendo-related promotion they were running. Here, an animated Mario teams up with the Hostess Munchies characters (of whom I have no recollection whatsoever) bringing news of the contest to viewers.

Here is the intro for the beloved late-80s series The Super Mario Bros. Super Show. The series featured former professional wrestler Captain Lou Albano as Mario in the live action intro and interstitial segments that were interspersed with cartoon versions of the characters, for which Albano voiced Mario. This show never appealed to me--I was getting older and was in high school during this show's debut--but many people on the 'Net have touted their love for it!

And then, of course, there is the live action theatrical movie starring the late Bob Hoskins as Mario, with John Leguizamo as Luigi. Yeah, I know. *sigh*

Finally, here is a commercial from just a couple of years ago for Mercedes Benz, featuring both the video game version and a jacked live action version of Mario enjoying a sweet Mercedes ride. Of course, even a jacked Mario has to look out for evil mushrooms!

Get in line at the electronics retailer of your choice now, or place your order online!
at November 07, 2016 No comments: