After writing two posts about McDonald's commercials, I thought I'd give equal time to one of their main competitors, Burger King. They've always been the #2 chain compared to Mickey D's (or maybe lower these days), but they are a tasty alternative when I'm arched out. Let's get to it!

I don't remember ever seeing these commercials, so it's likely they were only shown for a short time before 1980, but here are two animated commercials featuring a short and clean-shaven king. Coincidentally enough, I did see his likeness on a BK bag when I was there a couple of weeks ago (remember, I'm fat).

Now THESE are the Burger King commercials I gew up with. I'm surprised they don't resurrect them. This is the time in which the King design used today originated from. Like McDonald's, there was a full cast of characters touting BK products. Here are a few examples (BK commercials with these characters are surprisingly scarce on the 'Net).

Doesn't the King look a bit like Will Ferrel in this disco-themed commercial? I'm waiting for him to demand more cowbell!

Here are a few commercials that are aimed at adults. Boy, those hats were ugly!

Boy, this commercial is sappy!

Burger King even managed to discover up and coming talent for their ads.

Emmanuel Lewis (although he may have already been on Webster at the time):

Finally, these Return of the Jedi glasses rocked! I have a friend who still has these:

Email ThisBlogThis!Share to TwitterShare to FacebookShare to Pinterest
Labels: Best of Me and You, commercials, restaurants, Star Wars, TV 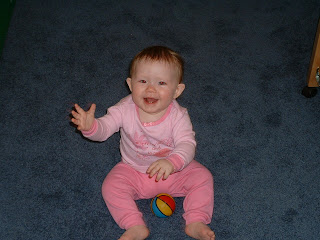 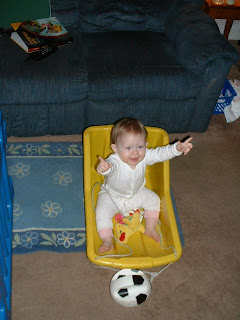 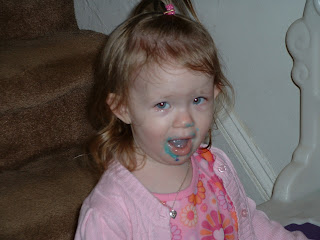 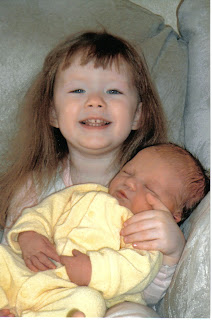 If my readers will forgive me making another personal post (like my Valentine's Day entry), I'd like to wish a Happy 5th Birthday to my beautiful daughter Megan. Hi honey, Happy Birthday! Mommy and Daddy love you!

Email ThisBlogThis!Share to TwitterShare to FacebookShare to Pinterest
Labels: Best of Me and You, family, personal

Unusual McDonald's Commercials Part 2: "Nothing Can Kill The Grimace!"

One of my favorite posts of 2008 so far has been my article on the strange first generation of commercials that introduced McDonald's McDonaldland characters (Tuesday, January 29th). They were trippy, crude, and just plain weird, much more so than the "normal" way I remembered seeing them for the first time. Then again, those first commercials arose during the very early 70s, which explains the weirdness; I didn't encounter the gang until the end of the decade, when the campaign became less spacey. One of the biggest differences between these two waves of commercials was the portrayal of the character Evil Grimace.

Grimace was first introduced as a villain, of all things. He was just as huge, purple, and slow-witted as we know him today, but he existed to ruin McDonald's meals for people by stealing all the milkshakes. It was usually up to Ronald to trick the stupid Evil Grimace into deserting the shakes so Ronald could recover them. Here's an example (which also has a bonus appearance of Jodie Foster pre-Taxi Driver). Notice the "E. Grimace" on his mailbox and the fact that Grimace has four arms rather than the two we see him with today. Unfortunately, the quality of this video is very poor. Unfortunately also for Grimace, the dumb bastard only manages to steal empty cups rather than the shakes and sodas.

According to Kevin Smith and his cartoon version of Clerks, "Nothing can kill the Grimace!"

In the middle of writing this, I put my young daughter to bed with a videotape playing. It is part of a series of animated videos that McDonald's released as in-store premiums in 1998 using their characters. Tonight's feature: "The Legend of Grimace Island," a tale which gives Grimace's origin as coming from a tropical island inhabited by similarly purple and dim-witted beings. I couldn't find any Internet footage, but I thought it was worth a mention.

Email ThisBlogThis!Share to TwitterShare to FacebookShare to Pinterest
Labels: Best of Me and You, commercials, McDonald's, restaurants, TV

Lacking energy? Butt dragging the ground? Feeling bad about yourself and life? Have no fear--drink POWERTHIRST!!! It's got energy--or so these creative Internet folks say.

On this President's Day in an election year, and with the herd of candidates thinned out over the last two months, I thought today would be a good time to provide the civic-minded of you out there a clearinghouse of Presidential candidate links to help you come to a decision in the upcoming year. I'll start with the obvious:

Mike Gravel (My personal choice; he's been all but mathematically eliminated, but his campaign is still active): http://www.gravel2008.us/

Ron Paul (although his Presidential campaign is still officially active, Paul is shifting his focus to his Congressional seat campaign): http://www.ronpaul2008.com/

For those sick of the two-party system, there are many third party candidates to investigate. Vote you conscience!

The Green Party is sort of the opposite of the Constitution Party. They are a left-leaning party consisting largely of voters dissatisfied with the more centrist direction the Democrats have taken the last few years.

The Libertarian Party is unique in that members believe that government should be out of as many affairs of the people as possible, be they financial or personal. Anti-gun control, pro-choice, anti-business regulation, pro-same-sex-marriage, anti-tax, and more.

There are numerous candidates for this party's Presidential nominee, so I'm merely providing the party's Web site here. They can direct you to the candidates: http://www.lp.org/

...perennial third party/independent candidate Ralph Nader, longtime consumer advocate and left-leaning activist. Personally, I think he's worn out his welcome in this capacity, although I respect his lifetime body of work: http://www.naderexplore08.org/

I highly recommend the Web site Politics1.com, which is where I got this information. There you will find all this and much more. It's in my links section.

Finally, I can't let a topic like this go by without mentioning a candidate who truly is the most animated you'll find this year: http://www.digthewig08.com/.

Indeed, good wishes to one and all. I hope you've enjoyed my Valentine's Day posts, but this one is the most special of all, as it's addressed to one person--my amazing wife Joanne!

Honey, I hope you're having a great day today, and I can't wait to see you and the kids tonight. Thank you for your gifts, but being a part of this family is the greatest gift of all. Let's share a dance to our wedding song--I Love You!

Love Is In The Air

Keeping the love alive, here is Vanessa Williams with "Save The Best For Last," my high school prom theme.

One of the most popular on-screen couples of the last ten years, Leonardo DiCaprio and Kate Winslet from Titanic.

Demi Moore and Patrick Swayze share a moment in Ghost, assisted by the Righteous Brothers.

Lastly, a rather unconventional but still amusing Valentine ode, courtesy of "Marty," whoever he may be. He wrote a love song based on lines suggested from Internet fans, with fun results. This was posted by an anonymous reader in the comments section of my previous entry--thanks!

There will be one more Valentine post for the year, and it's a special one. See you then!
at February 11, 2008 No comments:

Continuing with the Valentine's Day l'amour, here are some songs to get you in the mood (of the holiday).

What better way to start than with a song simply called "Valentine?" Performed by Jim Brickman with Martina McBride on vocals.

Here is another great 80s love song, also from a film, "Against All Odds" by Phil Collins. I know Phil gets a lot of criticism for being too sappy, and a lot of the time it's warranted, but this is a great song.

A great love song you don't hear much on the radio anymore, "The Search is Over" by Survivor.

Finally, one of my all-time favorite love songs by any artist from any era--"Open Arms" by Journey.

Once again, please don't hesitate to make a request or send feedback of any kind in the comments section or to my email address in my profile.

February sure is a busy month for holidays and observances: Groundhog Day, Mardi Gras (no Fat Tuesday clips this year, sorry), the Super Bowl (congrats NY Giants), even Super Tuesday (go Mike Gravel!). Next Thursday is, of course, the most famous February holiday, Valentine's Day. Being the festive guy I am, let's begin the lovefest!

What better way to start it off than with the most famous scenes from one of the most romantic films of all time, Casablanca? "Here's lookin' at you, kid!"

Next, another classic scene, this time "From Here to Eternity"

Poor Lloyd Dobbler. In love with the prettiest girl in town and things are going south. Time to bring out the big guns. Of course, he turns to Peter Gabriel.

Rocky and Adrian a classic screen romance? Why not?

No one, perhaps, may make a better on-screen couple than Homer and Marge:

Any Valentine requests? Please let me know in the comments. I'd love to hear from you!
at February 05, 2008 No comments:

Saturday is Groundhog Day, and in honor of it, here are some cool clips to watch--but not from my blog. A couple of weeks ago, I discovered a great site called the Pop Culture Holiday Blog, which has some great material for holidays of all kinds. And I thought I had some cool holiday clips. I never would have thought of Groundhog Day programming, but this smart blogger did! Check the site out in my links section.

One of these days I'll see this movie. I'm the only person I know who hasn't.