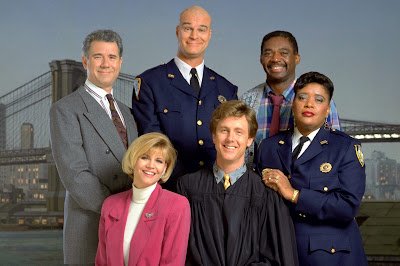 Hello everyone! I hope you had a great Christmas Day or Hanukkah. We have one more holiday left in the season, and we celebrate it with an episode of the great sitcom Night Court.

In "New Year's Leave," the crew deal with an elderly man who escapes a hospital to spend New Year's Eve in Times Square in memory of his late wife, as well as a man dressed as the Baby New Year who claims to be the real thing. 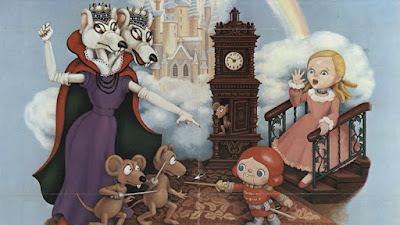 Today's feature looks like a Rankin/Bass production, but it isn't (although it is obviously heavily inspired by them).

Nutcracker Fantasy is a Japanese-produced stop-motion animated film released in 1979 by the Japanese studio Sanrio. This adaptation is a loose one, but there are still nutcrackers, evil mice, swordplay, and the usual stuff you associate with the story. The Nutcracker has been adapted almost as much as A Christmas Carol has, and your mileage may vary regarding your interest in the story, but if you're a fan, this one is for you. 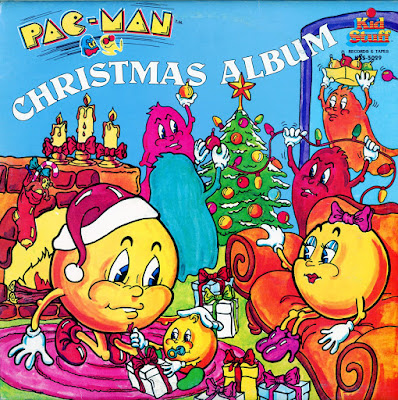 The Pac-Man Christmas Album was released in 1982 by Kid Stuff Records, a children's record label that came and went in the 80s and was similar to Peter Pan Records. They did several Pac-Man related records including this Christmas one.

I didn't have this record as a kid, but if I had, I would have loved it. I was deep into anything Pac-Man or Christmas, so put the two together and I was all in. I didn't listen to it until last week, and I have to say, even as a 45-year-old man, I enjoyed the record un-ironically. It's corny of course, but it's cute, earnest, and totally early 80s Christmas.

Plus, I really love the cover art. 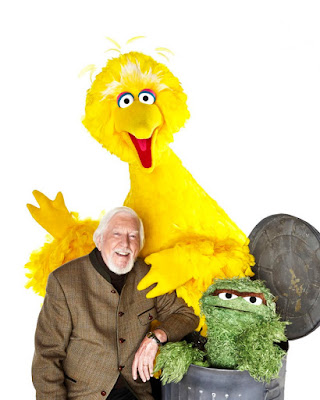 I couldn't let the death of legendary Muppeteer Caroll Spinney go by without mention here. As anyone who knows me personally or follows this blog with any regularity knows, I am as huge a Muppet fan as anyone, and Spinney was one of the all-time greats. Even moreso than Bert and Ernie, Big Bird and Oscar the Grouch were Sesame Street. The characters were the perfect yin and yang of Muppet personalities on the show, and their existence defined Sesame Street for three generations.

The great thing about the Muppets is that the characters will live on long after their creators and performers will, but a little bit of them will always be lost in translation without them.

Rest in peace, Caroll. Say hi to Mr. Hooper for us. 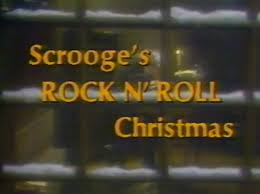 Today I present Scrooge's Rock N' Roll Christmas, a TV special that aired in 1984 by most accounts, but the copyright on the special is 1983. In this special, Ebeneezer Scrooge, played by Jack Elam, is visited in his counting house in 19th century England by a modern-day young woman who just so happens to have a magic snow globe. This globe allows her to show Scrooge 20th century rock acts performing famous Christmas songs. Acts include Three Dog Night, The Association, Mike Love of the Beach Boys, Bobby Goldsboro, and others. His mean heart is warmed somewhat by the end of the special.

I can't find any indication as to what network showed this special; none of the sources I've come across mention it. What's also weird is that:

I can't honestly say this is a good special, but it's definitely interesting from a pop culture perspective. I don't think I'll watch it again anytime soon, but I'm glad I gave it a try just to see Jack Elam grunt after every song.

Beavis and Butthead Do Christmas 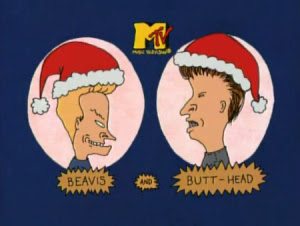 Ho ho ho! Or is that huh huh huh? Decide for yourself at this, my first Christmas article of the year! I hope your Thanksgiving was fantastic. Now we go full on into the yuletide season, by far my favorite time of year.

Today I present MTV's Beavis and Butt-Head Do Christmas. Butt-head plays Santa to MTV's letter writers (who are almost certainly fake) as Beavis the reindeer comments in his own inimitable way.

I've posted many a cute, saccharine holiday program on the blog before, but not today. This one is strictly PG-13.