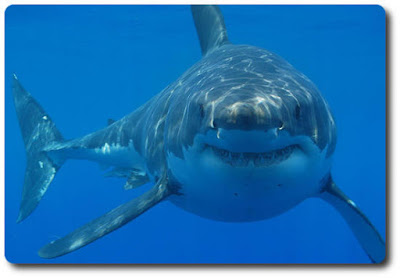 This week, Tuesday's Overlooked TV is the documentary film "Jaws: The True Story."

Produced by the BBC, this first aired in the US as an episode of the PBS documentary series Nova on December 4, 1984, but the taping I feature here is from the Australian documentary series The World Around Us. The special is a bit exploitative here and there, and we know much more about sharks today than we did then, but it's still interesting to see a shark documentary created pre-Shark Week.