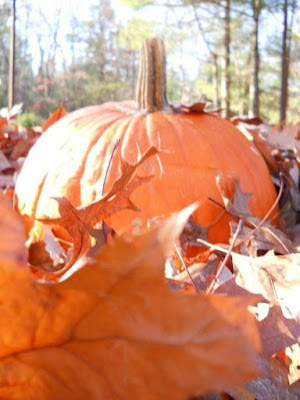 I didn't plan on writing anything about fall this early, but due to a combination of milder temperatures and humidity this week and a plethora of fall-related news to share, I figured "why not?" So without further ado, here are some links to get you into the autumn spirit!

I'll start with the most important news of all--Matt from Dinosaur Dracula officially kicks off his 2018 Halloween Countdown tonight! No one loves Halloween more than Matt, and his love for the season is infectious. Make plans to see Madd Matt, Larry, Leviathan, and the whole crew starting tonight and lasting straight through October 31st!

Target is also readying it's fall flavor items for our consumption. From pumpkin spice pretzels to candy corn-flavored popcorn, there are plenty of autmnal goodies Target has to offer. Most items will be available Sunday, September 2nd.

Even Boston Market is getting in on the fall food action. Check out their garlic and herb chicken, loaded roasted potatoes, and cinnamon apple streusel. Delicious!

Fall is also the time when broadcast networks launch their new series and new episodes of returning favorites. TV Line provides a handy guide of the debut dates of new and returning shows here. Set your DVR accordingly!

If classic TV is your thing, retro network MeTV has announced its fall lineup. I'm sorry to see Batman go, but dude--they're bringing back Buck Rogers!

For you cord cutters out there, here are Netflix's new shows for September. Black Panther! Iron Fist! Scott Pilgrim and more!

Finally, we've discussed the sights and tastes of fall, but we can't leave out a very key component of the season--the scents! Glade brand air fresheners have announced their autumn scents for 2018--Warm Flannel Embrace and Cozy Autumn Cuddle (awww). Available in candles, wax melts, and aerosol sprays in stores now!*

*The press release doesn't mention the sprays, but trust me, they're available. I've seen them in stores.

That should be enough to quench your thirst for all things autumnal until the season arrives for real--and it will be here before you know it!

Have a great weekend! Squeeze in some last minute beach time and rollercoaster rides!

As difficult as it might be for some to comprehend, summer is in its final throes. In two more weeks, most kiddies will begin the new school year--some others have already started!--and most summer vacations will have been taken and everyone will get back to their usual routine. I'd like to take this opportunity to get at least one more summer-themed post under my belt before the season ends. And nothing says summer to me like sharks!

Today I offer something I'm shocked I never heard of until this week--a release from the beloved children's record company Peter Pan Records. Instead of novel kiddie songs, this release is entitled Jaws of the Shark, featuring three scary tales (but not too scary, this is a kids record after all) of sharks. Clearly this was a cash grab on Peter Pan's part after Jaws was released. I'm surprised Peter Pan didn't release it under their Power Records' label, which they used for many kids adventure and superhero stories.

Enjoy! Have a great rest of the summer! And patronize my advertisers!