Holy Anniversary! This Saturday, March 30th commemorates the 80th anniversary of the first appearance of perhaps the most popular superhero of all time, Batman!

DC Comics is celebrating this momentous occasion all year long with various events, starting this week with the publication of the 1000th issue of the comic book that started it all, Detective Comics. Further events will be announced at a special Web site DC has created, Batman80.com. Stay tuned there for more announcements all year long.

But that's not the only Web site celebrating the Year of the Bat. I will feature occasional articles honoring the Caped Crusader right here at Me and You. There are many aspects of Batman to focus on, and I hope to shine a bat signal on some of my favorite facets of him here.

Not only is 2019 the 80th anniversary of Batman's first appearance, it's also the 30th anniversary of the Batman movie starring Michael Keaton and Jack Nicholson and directed by Tim Burton. That movie is a big reason why Batman has been such a prominent part of pop culture these past 30 years, so in addition to the general bat-tastic fun I'll be posting this year, I'll place special emphasis on the 1989 film. 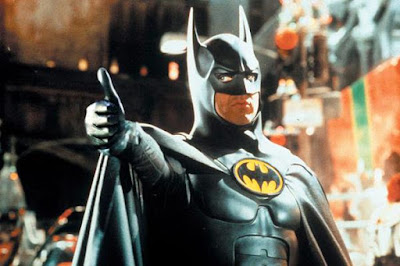 Atomic batteries to power, turbines to speed--get ready to roll out with me all year long in celebration of Batman. Stay tuned to this blog--same Bat Time, same Bat Channel!