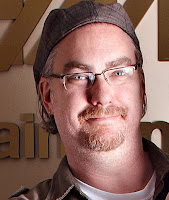 Based in Runnemede, NJ, right outside my hometown of Philadelphia and next door to my current town of Bellmawr, Dynamite Entertainment publishes a mix of original characters, such as Garth Ennis' The Boys, and licensed properties such as The Shadow, Red Sonja, and The Green Hornet. Dynamite has also been known to collaborate with other comic companies on projects such as Avengers/Invaders with Marvel. Dynamite's sister company, Dynamic Forces, creates collectibles such as special edition comics and prints. I talk with Joe about these projects and what makes Dynamite different from the competition.


Brian: When did you first become a comics fan, and how did those early experiences inspire you to enter the comics industry?

Joe: It was in the 4th grade, when a friend brought in a copy of an X-Men comic. It was a reprint of a Lee/Kirby issue, #4 I think. I read some more of this friend’s comics and then eventually started buying my own from the local pharmacy or grocery store. I wasn’t until right before high school I found the comic shop in town. Those early years were consumed with Marvel and the X-Men in particular. My palette expanded later… 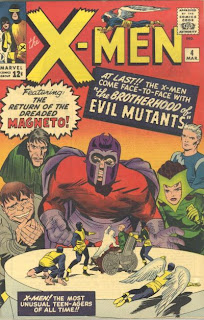 Brian: What eventually led you to Dynamite Entertainment?

Joe: A series of happy coincidences which really kicked off when I moved from suburban Chicago to just outside Baltimore, MD. I had worked comic book retail in IL while figuring out my life, and when I met who would become my wife and moved to MD, a series of events led me through several employers and states over the next decade or so. I’ve been with Dynamic Forces for 11 years, and the bulk of that now has been under the publishing division, Dynamite Entertainment.

Brian: Creator/publisher relationships have been under scrutiny lately. Dynamite has been publishing work by the same creators for a long time, such as Alex Ross, Kevin Smith, Garth Ennis, Stephen Segovia, and Frank Cho to name a few. How does Dynamite maintain good relationships with its creators?

Joe: Most of these relationships started well before we started publishing comics. Alex and Nick [Barrucci, CEO of Dynamite] have been friends for years before we ever published a comic. Creators like Garth started with us when we were publishing, but in all cases, I think our approach and relatively small size helps creators find a comfort level that layers of corporate bureaucracy can’t provide.

Joe: We started with licensed comics and I think that making those early titles work just set a paradigm that continues to this day. The key is finding the right talent and that starts with the writer, if you hire the right talent you make every aspect of the process easier to manage and we’ve been very fortunate in that regard. 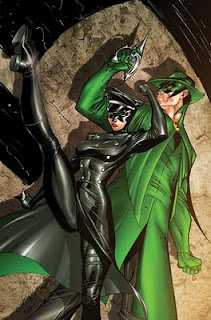 Brian: Dynamite is in competition with other companies of course, yet you've also co-published with those same publishers (i.e. Avengers/Invaders with Marvel, my first exposure to Dynamite comics) and also create collectibles with other companies through Dynamite's sister company, Dynamic Forces. Is it ever awkward to be both a collaborator and competitor at the same time?

Joe: Not for us! These types of things come and go and when they happen, they’re a lot of fun, but they’re certainly not constant…

Brian: I really enjoyed Kirby Genesis. That series was my first experience with those Kirby characters. How did that project come about, and what was it like to edit that series?

Joe: It came about by building up a relationship with the Kirby family and then putting the creative team together. We did this one a little different than we do most others in that once Alex and Kurt were on board, we all got together at Alex’s house and put the main series together (Kurt and Alex in the lead, of course!). It was a lot of fun and made for a memorable experience to be sure. A lot of this job is sitting in an office and banging away at a keyboard, so to be in the presence of other humans, making comics, was really unique. 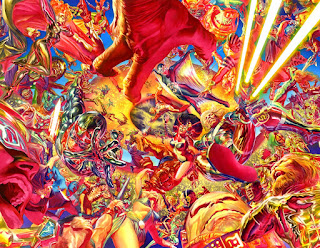 You can download Dynamite comics at Comixology, or find print copies at your local comic shop, which you can find at Comic Shop Locator.
at September 27, 2012