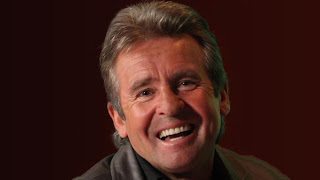 I didn't think I'd be writing this any time soon. I was out having lunch with my boss and coworkers this afternoon and came back to hear the news. I was totally blown away.

I can't emphasize enough how much the Monkees have had an effect on me. I loved watching reruns of the show on UHF TV in the early 80s, as did my childhood friends. When they went on their first 20th reunion tour in 1986, I saw them peform at Veterans Stadium in Philadelphia; it was my first ever music concert. At the same time, my friends and I began collecting their old albums that were being reissued in light of the highly successful tour. It was from then on we began to listen to the Beatles, Rolling Stones, and other classic rock acts, and from then on we really began to determine our musical tastes, as I imagine most of us do. Yet at the very start, the Monkees were our gateway drug to all that.

At the time, we didn't dig on Davy too much, as his stuff was geared to the teenage girls, which we clearly weren't.  But as I grew up, I began to realize Davy for the talented performer he was. I also saw that he was as funny on the show as any of the others.

Davy was to appear at the Philadelphia Comic Con this upcoming June, and I was looking forward to seeing him there. Man, have I missed out.

Sad and shocking. He still is young, in my mind!

Thanks Joe. The bitch of it is, out of the four of them, Davy is the last person I would have expected to go first.

And the endless plays of "Daydream Believer"...not my favorite Jones lead among the Monkees' songs...66 is a bit young, frankly.

But, then, who would've guessed that among the Million Dollar Quartet, the survivor would be Jerry Lee?

I assume you and your readers might know that Antenna TV, the little broadcast network which regularly runs THE MONKEES on weekends in hour blocks, has instead been running a MONKEES marathon in Jones's memory?

Todd: here's a Davy song which he cowrote with a bit more muscle to it:

66 was the same age my father was when he died. Too young indeed.

Good point regarding Sun Records and the Killer!

I enjoyed a bit of the marathon last night and will catch some more of it later, if time allows.