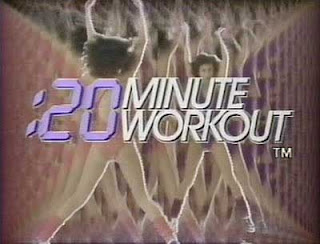 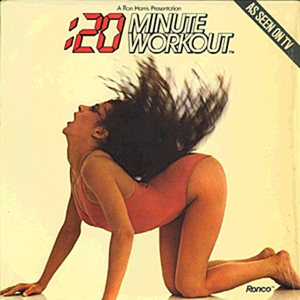 City TV famously in those years exploited (that's the word) the relatively weak censorship of Canadian broadcast to run all sorts of sleaze and borderline sleaze...hence the parody of the channel (and soon small network) in the film VIDEODROME. This, of course, made its way into the US, since the leotards were opaque...and this was a symptom of the ever-present fitness subculture...Jack LaLanne was rather less fun to watch for a certain demo, if also less robotic.

Thanks Todd! I now need to look up more on CityTV. For broadcasting interests of course :)

The performer on the record album cover I posted is Bess Motta, who became the breakout favorite of viewers and therefore the "star" of the series. Yeah, quite a bit different than watching Jack.

Education is what survives when what has been learned has been forgotten. See the link below for more info.

Thank you for posting some kind of information. It was really helpful since I am doing some research now.

Above article is so nice it's also inspires me a lot of- really gives me an insight on this topic.Here you will get more relative information if you have time please visit my page bodybuilding canada store.

Two summers ago, I worked with a great gal from Hollywood, Rachel Nichols.
Rachel did some TT workouts while filming a movie up here in Toronto.

That's about it for me in terms of training Hollywood actors or
actresses in person, but recently I was asked, "Imagine you're
working with a major film star who has eight weeks to lose 30
pounds of fat and build some muscle in preparation for the lead
role in the latest Hollywood blockbuster. What do you do with them?"

I would have control over every single thing that they eat. That's
the biggest ticket to success here. No booze, no excess sugar, and
just giving them enough reward to stick with the program.

If this "star" is a typical overweight, sedentary individual, we'll have
no problem getting rid of 20 pounds of fat through nutrition.

As for exercise, we need to be consistent, and stick with our intensity
principles. We would do 3 hard workouts per week using strength
training followed by interval training with the program being centered
around basic movement patterns done with free weights.

On "off days", we'd still get at least 30 minutes, if not 60
minutes, of low-intensity exercise. But it wouldn't just be slow
cardio. Instead, we'd focus on low-intensity bodyweight training.
For example, if the actor can do a maximum of 25 bodyweight squats,
15 pushups, and 5 chinups, we would use easier versions of those
exercises in circuits.

Here's a sample 6 exercise bodyweight circuit that we'd do at least
3 times, doing 10 reps per exercise.

After that, we might cross train with a variety of cardio exercises
to avoid overuse injuries that occur when you repeatedly do the
same activity and nothing else.

So that's pretty much it. If he (or she) sticks to their nutrition,
we're as good as gold and the actor will be ready just in time.

"Craig's workouts were fun and challenging - I didn't dread going to the
gym and I wasn't overly sore after our sessions. Much like my trainer in
LA, Craig's workouts were always different: the exercises, the supersets,
the weights...the combination of elements always varied and, therefore,
I never got bored or felt like I was in a workout rut. And my co-stars
couldn't believe how great my arms looked, thanks to Craig helping me
do my first chin-up. Thanks Craig!"
Rachel Nichols, actress

Although very similar to Bess Motta, the woman on the album cover is actually Deborah Corday. It’s quite easy how anyone could confuse one for the other. Bess is on one album cover where she’s bent halfway over and staring straight into the camera. Deborah is the one on her hands and knees with her hair flung up and back.