It's 100 Days Until Halloween! Time for a Halloween News Update!

Hello everyone! This is your yearly reminder that today is only 100 days until Halloween! Which also means it's only 69 days until the start of the Countdown to Halloween!

As slow as things may be at the blog the rest of the year, October here at Me and You is always bursting with Halloween goodness. And there's already so much amazing stuff to look forward to. Here are several awesome things coming our way this Halloween season!

First up, Twitter cereal news account Cerealously has determined that this year's Monster Cereals will be doing a promotion with art brand KAWS. I hadn't heard of KAWS until my son told me about them, but that isn't even the story. The real story: Fruit Brute is back! It hasn't been available since 2013, but it will make a grand appearance this Halloween season!

A multipack is reportedly already available at Sam's Club wholesale stores, but you can expect this year's Monster Cereals to start shipping everywhere this August. 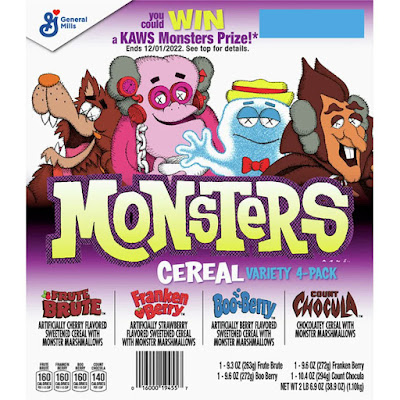 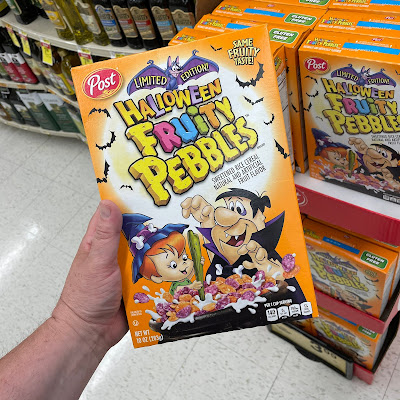 On the beverage front, the king of Halloween, Matt from the always excellent Dinosaur Dracula site, revealed back in April that Mountain Dew VooDew will once again grace our grocery shelves this Halloween season. The soda has been a fun addition to Halloween since 2019, but 2022 will have an even greater addition, and one I've been wanting from the very beginning--a zero-calorie version! Yes! 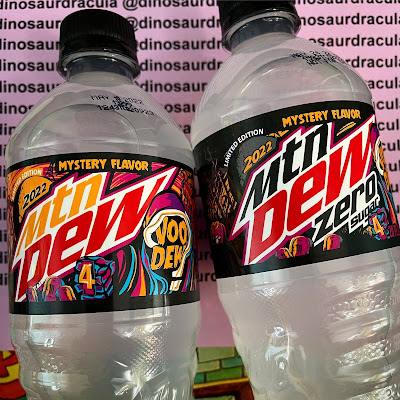 Here's a BIG announcement regarding Halloween music. Record label Craft Recordings is releasing the full soundtrack to the legendary TV special It's The Great Pumpkin, Charlie Brown! The soundtrack was first released in 2018, but it was not well received by fans. That version of the soundtrack was comprised of pieces edited directly from the TV special along with sound effects and not the original master tapes, which had been considered lost to the ages.  But the masters have now been found, including alternate takes not used in the special!

Craft will offer the soundtrack in severals formats; digital and streaming, CD, a 45-rpm vinyl record, a 33 and 1/3-rpm orange vinyl record shaped like a pumpkin, and a picture disc vinyl album with a unique splatter design, but that one has already sold out in pre-order.

But that's not all. A "single" from the album has already been made available digitally, an alternate take of "The Great Pumpkin Waltz." Listen below!

The soundtrack will drop on all music retail outlets on Friday, August 26th. For more information, click here, pre-order here, and look below!
And the Halloween hits just keep on comin'! September will ramp up the Halloween festivities with two new films, but featuring familiar faces. Rob Zombie's long-awaited Munsters film will appear on Blu-Ray, DVD, and digital on demand Tuesday, September 27th, with a Netflix debut later in the year (before Halloween I hope!).  Here is the latest trailer!
On Friday, September 30th, the witch is back! Witches plural, that is. Hocus Pocus 2 flies into Disney+ with more treacherous trickery than before!
Folks, all of the above takes place before October even starts. And we STILL have more Halloween greatness to cover!
October will see the release of The Spirit Halloween Movie, a movie inspired by the number one Halloween costume and novelty retailer. In the movie, several teenagers enter a Spirit Halloween store on Halloween night as a prank, but the joke is on them. There is a ghost in the store possessing all of the animatronic figures and attacking the teens! If the kids don't escape, they'll become possessed too!
The movie stars Christopher Lloyd and Rachel Leigh Cook. There is no trailer yet, nor is there word on if the movie will be available in theaters or home video/streaming, but this sounds really cool! 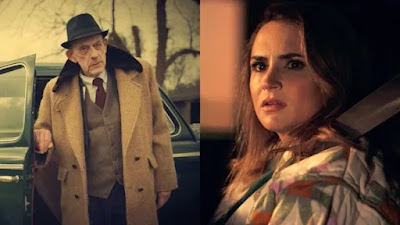 Everyone's favorite homicial doll, Chucky, returns to SyFy and USA Network on Wednesday, October 5th! My son and I had a lot of fun with this series last season, and we're looking forward to to see what the little man does next! 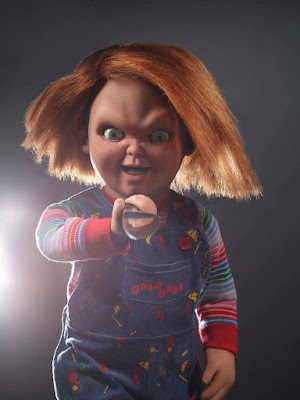 Finally, the big one: Halloween Ends.
Yes, the final showdown between Laurie Strode and Michael Myers takes to theaters (and maybe Peacock) Friday, October 14th. I wasn't too thrilled with Halloween Kills last year, but if it's Michael Myers and Jamie Lee Curtis' Laurie Strode in a movie together, I have to see it! It doesn't get more Halloween than that!
Simply judging from this list alone, this upcoming Halloween season looks to be fantastic! But I'm sure there will be plenty more fun surprises we don't see coming. Brace yourself, folks, it's gonna be one spooky hayride.
Thanks! The Countdown to Halloween begins Saturday, October 1st!

That's GREAT news about Fruit Brute! I'm gonna buy as many boxes as I can afford, as there's never a guarantee it will return, Fortunately, unopened cereal has a shelf-life of several months.

Almost all great stuff to look forward to! I am wary about The Munsters, as I haven't been of fan of Zombie's other cinematic outings.

But hopeful with Halloween Ends. Just want a good movie, and good swan song for our dear Laurie.

One other thing you can add is the Interview With The Vampire show on AMC/AMC+. I am hoping it is good, since I love Rice's novels and movie.

Thanks Joe! I may do a Part 2 of Halloween news, as there are several other things that have come up since I first drafted this article. I'm looking forward to the Solar Opposites Halloween special on Hulu. I love that series!

It's 100 Days Until Halloween! Time for a Halloween News Update!

Hello everyone! This is your yearly reminder that today is only 100 days until Halloween! Which also means it's only 69 days until the s...