Tuesday's Forgotten TV: The Monkees on The Hy Lit Show, 1968 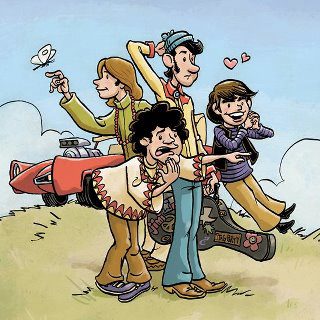 The Monkees are about to start a nationwide tour this month (minus Davy Jones, of course), so in preparation for the occasion, here is one of a few Monkees posts to appear this month, starting with a Tuesday's Forgotten TV moment.

Here, the boys appear on the syndicated Hy Lit Show to promote their movie Head. Hy Lit was a legendary radio DJ here in Philadelphia, who briefly had a weekday TV series that appeared mostly on the Kaiser/Field stations such as WKBS-TV Channel 48 in Philadelphia and Kaiser flagshipWFLD-TV Channel 38 in Chicago.