John Denver & the Muppets, A Christmas Together 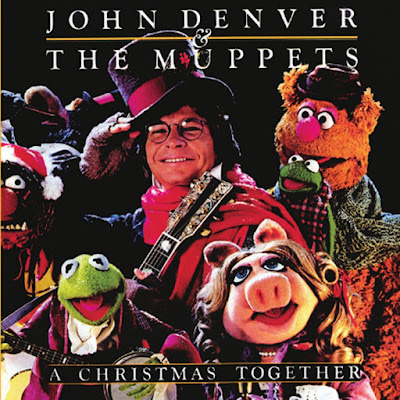 It's officially December! We've reached the end of the first work week of the holiday season. How have you spent it? Diving into Christmas TV specials, as I have? Cranking up the Christmas tunes? Hanging up the mistletoe and holly? Hopefully your answer is all of the above. It'll be January before you know it!

This weekend I present the 1979 Christmas special John Denver & The Muppets: A Christmas Together, which aired on ABC-TV on December 5th of that year. I've had the soundtrack in mp3 form for several years, but I don't think I've seen this special since I was a very young child, if I've ever seen it at all! I'll give it a go with my family and see if it jogs my memory.

Enjoy! Have a great weekend! Do Christmasy things! Drink eggnog! Hang your stocking! Put up your Christmas tree! Sing "Little Drummer Boy/Peace On Earth" with your best buddy after arguing which one of you is Bing and which one is Bowie!

I have watched Christmas stuff, movies and specials, as well as decorated AND had some egg nog and also listened to Christmas music. So I am all in! This special is great, have the soundtrack on my ipod. Definitely gonna give it a re-watch this season.